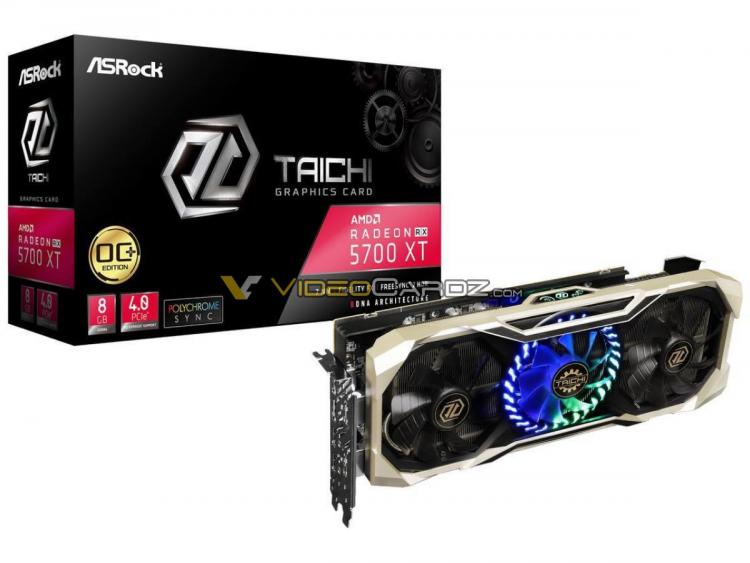 As a tradition for AMD Radeon GPU launches, partner cards with their own spin on GPU cooling are being introduced like a slow drip weeks after the reference models. We've already had the pleasure of reviewing one - the ASUS ROG Strix RX 5700 XT OC - and more are coming, but another still in the works (and without an ETA) just popped up on our radar courtesy of Videocardz.net: the ASRock Radeon RX 5700 XT Taichi.

ASRock are relative newcomers to the graphics card game, still carving a niche for themselves as a Radeon-exclusive brand. Their Phantom Gaming line debuted last year with a number of rebadged reference models and a few RX 500-series entries with ASRock-made cooling solutions, but a whole new generation brings with it new opportunities. 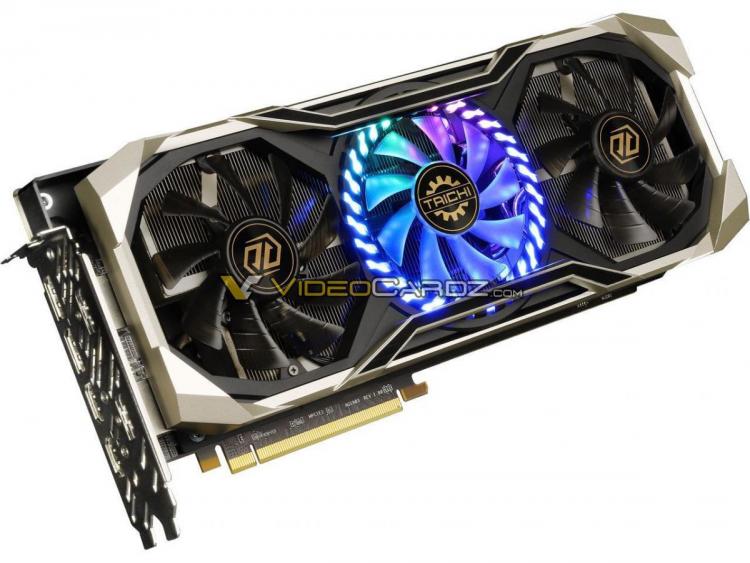 The Taichi branding has been seen on some great Intel and AMD motherboards over the years, but this will be the first time it been sported by a graphics card. Triple-fan cooling indicates an earnest attempt at overclocking potential - both factory and aftermarket - but it's creditable that the shroud isn't some dull matte black affair. ASRock has given it silver and gold highlights, both front and on the rear backplate, in addition to a striking RGB central fan (which we assume is fully configurable).

The sheer weight of the cooler appears to warrant a reinforcing brace to ensure the PCB doesn't warp, and hopefully, that's also indicative that all the proper boxes have been ticked in terms of cooling. It's not only the GPU in play here people, but memory and VRMs also need love too. 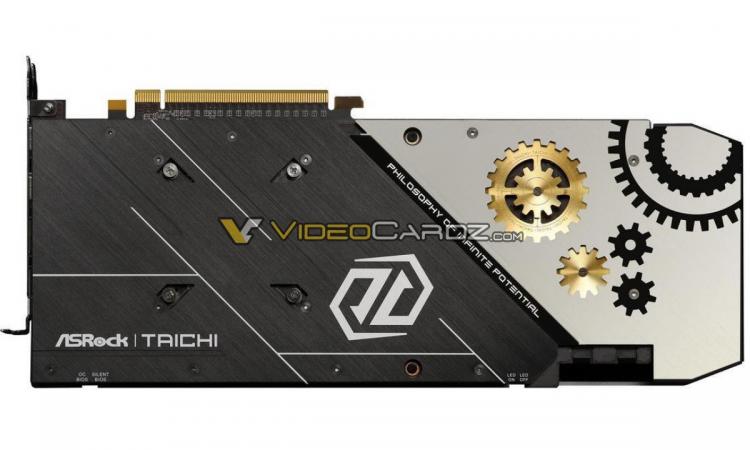 Obviously technical specifications aren't exactly on show from just a few stock images, but another area that the Taichi deviates from the norm in is the number of Displayports available. The Taichi has four, whereas the reference design only calls for two, yet it also includes two full-size HDMI ports. How many screens can this beast support exactly?

One final point of note is the card's size. We estimate the Taichi cooler to be around 310mm long and 110mm tall, while a side-on view shows that the card is 2.5 PCI slots thick. Simply put: it's a hefty one that will probably struggle to fit in anything smaller than a mid-tower chassis (and likely be a tight fit at that).

ASRock's Radeon RX 5700 XT Taichi should enter the market soon, likely at the premium end of partner RX 5700 XT's. While it may not have many fans amongst minimalists and aesthetic purists, there's enough here for plenty of enthusiasts to fall in love with. More images and analysis is available at the source below.