Assassin's Creed 3 and Far Cry 3 not available on UK Steam Store; "We've been in discussions with Valve" - Ubisoft

With Assassin's Creed III having finally been released on PC, many of our UK readers may have noticed that it wasn't, and still isn't available on Steam. Unfortunately, it seems there has been a little trouble at Ubisoft's end.

Weve been in discussions with Valve about Assassins Creed 3 and Far Cry 3, but for the time being the games are not available via Steam in the UK, Ubisoft told PCGamesN in a statement.

In the meantime, UK customers wishing to purchase either of these games can do so by visiting the Uplay store, our retail partners or other digital distributors. Assassins Creed 3 and Far Cry 3 are available on Steam in other regions outside the UK.

I don't really understand what the problem is but it seems that it isn't the first time this has happened. A number of Steamworks games over the last three years are not for sale on Steam but can still be purchased in retail stores across the UK. 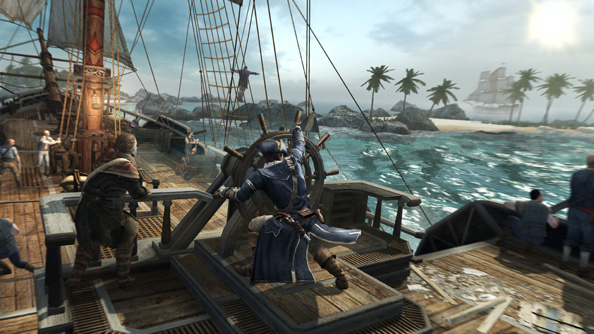 At the time, Valves director of business development Jason Holtman believed the problem resolved. But he explained that at the end of the day, the partner can choose what to do.

We havent linked [Steam and Steamworks] up. If you have a Steamworks enabled game and dont want it on the store, or it isnt on the store for another reason, thats fine as well."

This seems very strange but despite this Ubisoft have said that they wouldn't follow in EA's footsteps.

You can still find our games on Steam and we do not have any intention to change that. We believe in choice and we believe that its normal to let the players and the consumers choose where they want to purchase their games.

Does anyone know more about this or can explain to me and others why this is the case? Let us know in the forums.