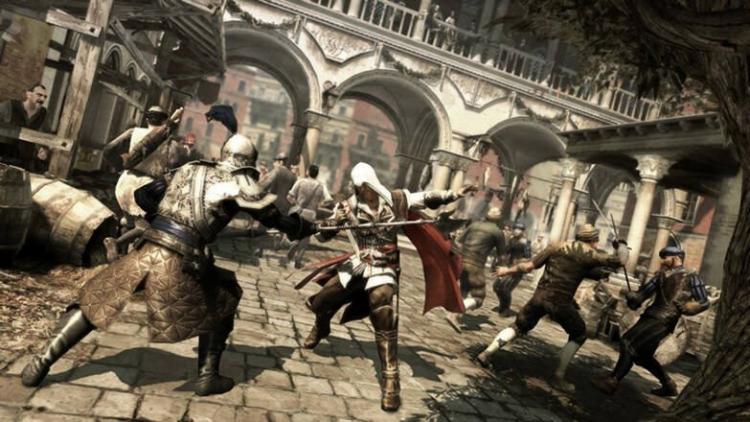 Ubisoft today rolled out the third giveaway title in as many weeks, and some would say it's one of their crown jewels in an thoroughly star-studded catalogue. After Child of Light and Rayman Legends comes Assassin's Creed II, the second major Assassin's Creed title and arguably the best of a rather extensive lineup. Interested parties can pick it up for free through the Uplay app, navigating to your Games tab and down to Free Games, or via the Ubisoft store.

Assassin's Creed II received critical acclaim in 2009 as the sequel to 2007's Assassin's Creed and made its debut on PC the following year. At that time the narratively-driven open world action-adventure genre was still fresh, and alternative-history time-travel elements introduced in the original game lent an unpredictability which fed into a story that kept everyone guessing. Just note that the download doesn't feature an innovative multiplayer component that was disabled some time ago.

This game is a good jumping-on point to a franchise which now boasts 11 major titles and still more spin-offs and DLC content. It also only requires the performance equivalent of a toaster to play on, making it an ideal acquisition if your system is a long way behind the curve. If it does capture your imagination you can also take advantage of Ubisoft's franchise sale, with Assassin's Creed titles as low as 75% off. Assassin's Creed II is free until Friday April 17th.

With coronavirus-related restrictions still in place Ubisoft are continuing to flirt with classic game giveaways. Keep an eye on their social media channels and Uplay desktop app to stay abreast of them as they're announced.