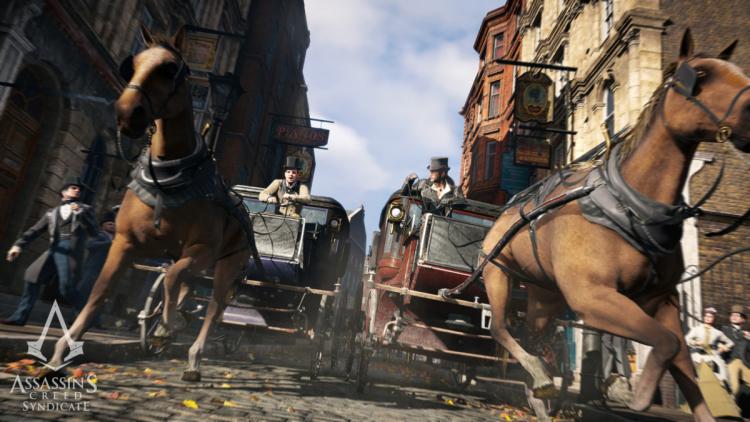 The week has wound around again and Epic have refreshed the free games on offer on the Epic Games Store. This week they're changing things up with a triple-A adventure game and indie collectable card game, available completely gratis with your EGS account.

Assassin's Creed Syndicate is the ninth instalment in the time-travelling open world action-adventure franchise launched in 2007. Set in an alternate history Victorian London recreated as an open-world playground, you can play as twins and titular Assassins Jacob or Evie Frye. The game, which follows the well-trodden AC formula with only the addition of a grappling hook to vary up the gameplay, is set up as a fight over gang-controlled sections of the city and places you in conflict with series villains the Templars and their gang the 'Blighters'.

Syndicate saw decidedly mixed reviews on release in 2015, partially as a response to the buggy mess that was AC Unity the previous year. Despite that, those who aren't tired on Ubisoft's open world formula can find a lot to like in this adventure, as well as a great-looking reproduction of London if you have a PC with up to date specifications. 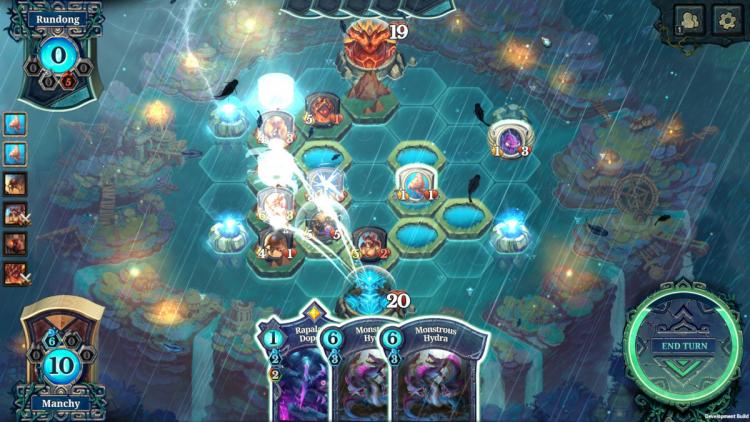 Faeria meanwhile is a curious beast. This collectable card game was Kickstarted with a 'buy once' ethos in 2013, but transitioned to 'free to play' with card pack microtransactions during its time in early access. Following release and then abandonment of their mobile platform version, the game transitioned back to a 'buy once with DLC expansions' model in 2018. As of today the game is structured as a base game of 300 cards and player vs AI content, plus four expansions (each of which adding some number of cards and PvE challenges). Additional DLC containing vanity items such as premium style cards is also part of the developer's monetisation strategy.

As with all CCGs born in this era attempts to describe the gameplay will probably only serve to confuse rather than illuminate the reader. Suffice it to say that those familiar with Blizzard's Hearthstone will probably get to grips with it quickly as the concepts - mana, a battleground with units etc. - are all quite familiar ones.

Only the base game is part of Epic's free game promotion, and that should be enough to give you a good taste of whether this CCG is for you. Fans of Magic Arena and Hearthstone in particular might find it to their liking, which would make it a good fit for when either of those titles lack interesting content. A more heavy investment into the DLC will probably need to be made to be competitive against other players however, and that should give some customers pause even if the expansions appear to be reasonably priced.

You can find the free games on the Storefront, where you would also usually be able to scope out next week's promotion. InnerSpace by Polyknight Games was briefly listed as the Free Game from February 27, but that indicator has since been removed.

This promotion will last until 4pm GMT on Thursday February 27th.