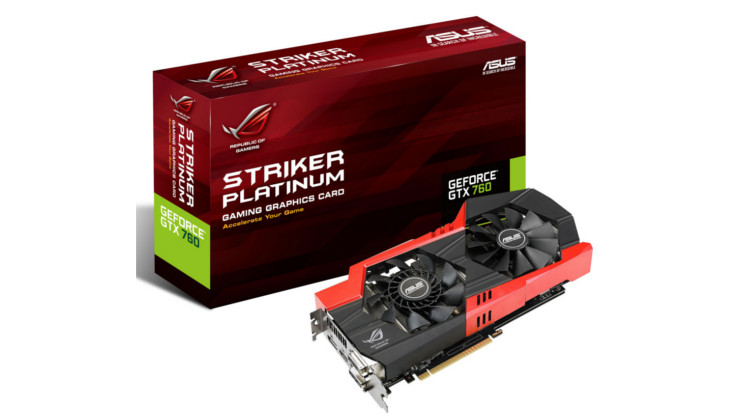 ROG Striker GTX 760 Platinum benefits from hand-chosen GPU cores, so the card delivers performance that's way beyond reference designs. Its base speed is 1085 MHz and when boosted the clock is turned up all the way to 1150 MHz - that's a remarkable 105M Hz and 117 MHz faster than reference.

This means a raw performance boost of up to 10% and, with 4 GB of high-speed GDDR5 memory on board, Striker GTX 760 Platinum delivers super-smooth gaming experiences and resolutions of up to 2560 X 1600 pixels. 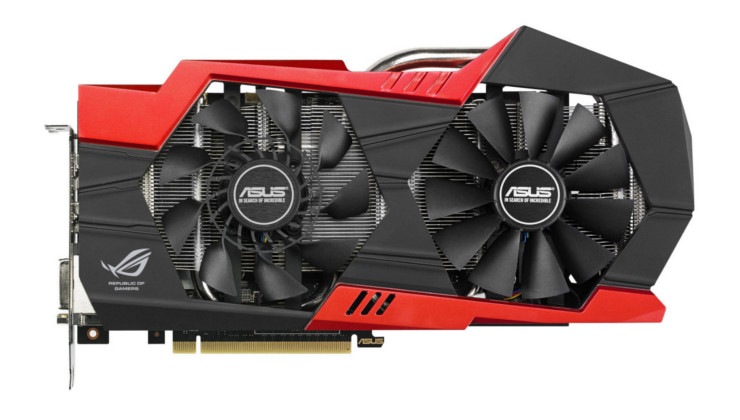 Performance that keeps its cool

Strength, style and speed in abundance 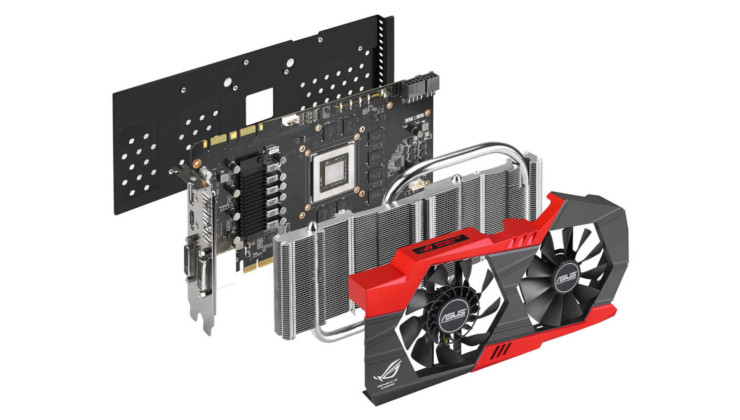 As well, the GPU Tweak Streaming tool lets users share on-screen action over the internet in real time - so others can watch live as games are played. It's even possible to add a title to the streaming window along with scrolling text, pictures and webcam images.

ROG Striker GTX 760 Platinum will be available from April 2014.