Originally launched in July, the ASUS Trade Up Your Graphics program has made entering the GeForce RTX 20-series ecosystem a little easier on the wallet this summer with rebate savings of up to £270 on new purchases. This week ASUS announced that they are extending the program through to the end of September, potentially catching a few stragglers or students eager to improve their rig at the Autumn semester of a new year starts. Furthermore, selected ASUS RTX 20 Super-Series GPUs now also qualify for the promotion retrospectively (but only up to 30 days from the original purchase date).

The promotion's premise is simple: you want to upgrade to NVIDIA's GeForce RTX ecosystem, and would ideally like to use and older graphics card to offset the cost. ASUS will allow you to claim a rebate by trading in your legacy GPU for a fixed amount of money depending on the performance levels of the new card and the card being traded in. And these aren't small amounts either; you could potentially qualify for up to £270 off (if you're trading in a GTX 1070 for a ROG STRIX RTX 2080 Ti for instance), but even the smaller amounts can add up to more than 10% off the shelf price. Critically, the brand of the card being traded up from doesn't matter; it only matters that it's in good working order. 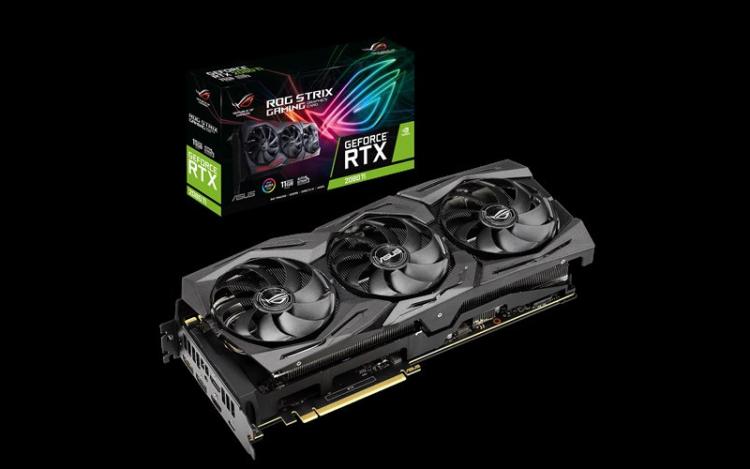 With this update ASUS are also incorporating SKUs of the GeForce RTX 2060 Super, 2070 Super and 2080 Super into the promotion. TURBO and ROG STRIX Super models now qualify, but notably absent is the mid-range DUAL option with twin axial fan cooling.

Although the highest trade-in values are for enthusiast and performance GTX 10-series GPUs, the list of eligible cards with some trade-in value extends as far back as the GTX 650. If you're planning to purchase a new ASUS GeForce RTX 20-series GPU this summer (or indeed one of selected GTX 16-series cards) and have an old one lying around gathering dust, you might want to double-check that trade-in list. If you've already bought one then double-check the purchase date, claims must be submitted no later than 30 days after the original purchase.

Full instructions as well as terms can be found at https://asustradeup.com/gb/en/pages/graphicscard/home.