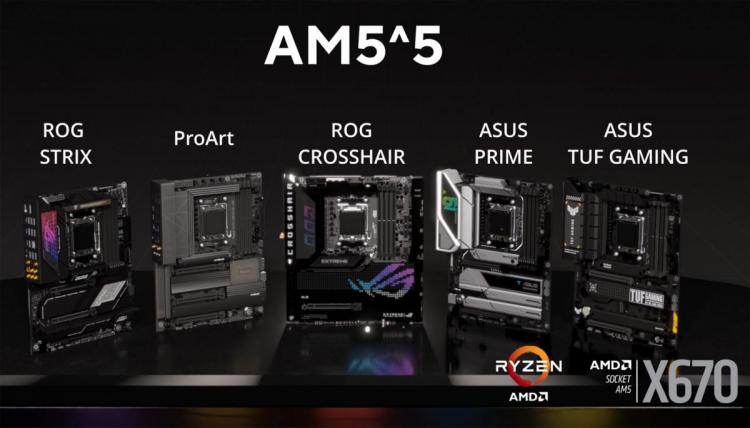 May 23rd 2022 - Computex, Taipei - Get ready for the new look of high-end. AMDs long-anticipated AM5 platform is breaking cover, and ASUS ROG are ready to share some details on our flagship motherboard in the series: the ROG Crosshair X670E Extreme. Boasting next-gen PCIe 5.0 connectivity, DDR5 RAM, and a massive power delivery subsystem primed for overclocking, this next-gen board offers those who dare an unrivaled platform for their next build. ASUS Q-Design features to simplify and streamline the build process, and a robust suite of tools empowers enthusiasts to maximize system performance. At a later date, well have more information to share about other upcoming X670 motherboards from our ROG, ROG Strix, TUF Gaming, ProArt, and ASUS Prime families, but for now, one thing is certain: the ROG Crosshair X670E Extreme is destined to become one of the most coveted boards of this generation.

Raised to the power of five

Next-gen memory, solid-state drives, and graphics cards all have one thing in common: the number five. DDR5 RAM is here, and components that leverage PCI Express 5.0 (PCIe) connectivity have landed or are looming on the horizon. 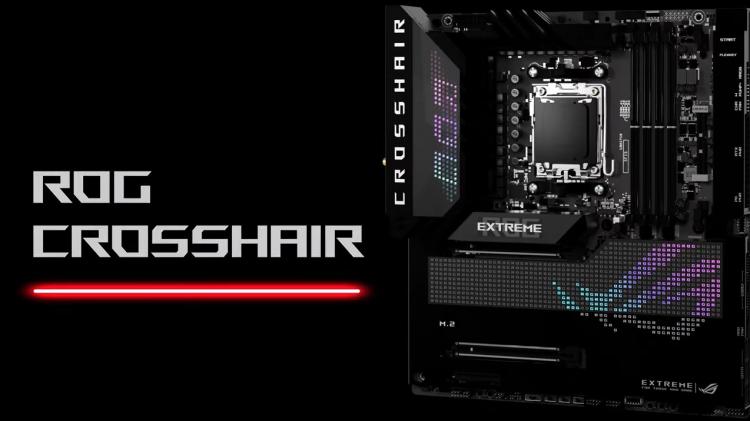 The ROG Crosshair X670E Extreme lets you reap the advantages of the massive bandwidth, sizzling new speeds, and exceptional power efficiency offered by next-generation DDR5 RAM. With data rates 50% faster than previous-generation DDR4 memory, DDR5 unleashes a new tier of performance, and this motherboard has a host of hardware and firmware optimizations that enable users to overclock capable kits to the absolute limit. CIe 5.0 connectivity empowers you today with a comprehensive selection of high-speed ports, and itll give you access to the fastest next-gen SSDs and GPUs as they hit the market. With double the link speeds of PCIe 4.0, the new standard provides us with the bandwidth to deck out the ROG Crosshair X670E Extreme with USB4® and USB 3.2 Gen 2 ports. Since so many gamers use their PCs front panel USB ports to recharge devices, the ROG Crosshair X670E Extreme offers a front panel USB 3.2 Gen 2 2×2 connector with support for Quick Charge 4+. Make sure to pair this motherboard with a case featuring a front-panel USB Type-C port so that you can have convenient access to 60W charging.*

Two PCIe 5.0 x16 slots stand ready for the cutting-edge graphics cards of today and tomorrow. Between its two onboard slots and the three additional slots made available through the ROG PCIe 5.0 M.2 card and the ROG GEN-Z.2 card, the ROG Crosshair X670E Extreme offers five total M.2 slots. Four support PCIe 5.0 x4 mode. Heatsinks for all the slots, including those on the add-in cards, ensure that you get the full performance of your drives without throttling. Six SATA 6Gbps ports let you establish an even larger storage array so you never have to ration your game library. 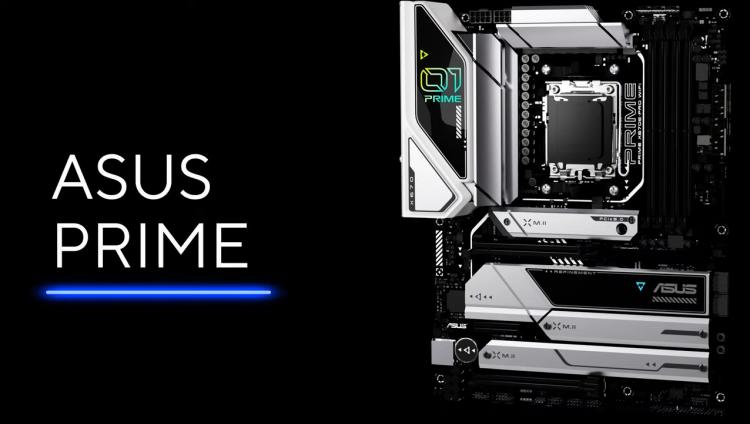 With its angular lines, vivid RGB LED accents, and moody black tones, the ROG Crosshair X670E Extreme motherboard loves taking center stage. For unmatched personalization options, this board features the AniMe Matrix display, an array of LEDs that can show off custom retro-style animations. Vibrant underglow lighting streams from the right edge of the board. An AURA RGB header, an addressable Gen 2 header, and a six-pin ARGB Gen 2 header which supports two additional ARGB Gen 2 headers let you connect RGB LED strips for your case and easily synchronize it all with your compatible Aura Sync gear.

Time and again, the striking visual elements of the ROG Crosshair X670E Extreme serve your desire for unbridled performance. Large heatsinks atop the VRM circuitry, chipset, and onboard M.2 slots offer substantial cooling power and symmetrical beauty. Multilayer graphics grace the surface of the wide heatsink cover for the primary M.2 slot. And the integrated aluminum I/O cover assists in cooling circuitry, simplifies your build process, and looks sharp in the process. 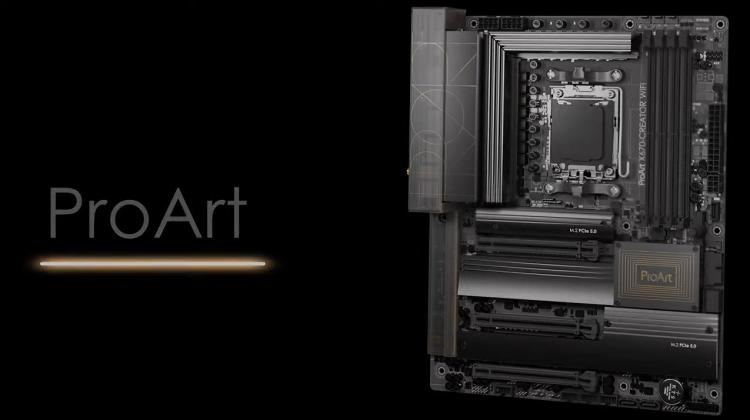 A robust power solution gives the ROG Crosshair X670E Extreme nearly unbounded potential for taking your next-gen AMD Ryzen CPU to the next level. With its 20+2 teamed power stages rated for 110A, this EATX motherboard stands ready to deliver copious amounts of stable to power to your CPU. ProCool II power connectors offer better contact with PSU plugs, improved heat dissipation, and better reliability over common hardware. MicroFine alloy chokes and premium 10K black metallic capacitors provide the smoothest possible power delivery to the processor, even under the highest loads.

Todays processors take advantage of available power and thermal headroom to offer you the best performance at any moment, so cooling isnt just a matter of comfortcomprehensive cooling makes sure that you get the sustained performance that you demand. The ROG Crosshair X670E Extreme gives you a full suite of options for setting up your dream cooling solution. Six headers for chassis and radiator fans let you establish and control system airflow. Planning to deploy a custom liquid-cooling solution? A wealth of headers for pumps and flow rates give you total command over the coolant coursing through your build. 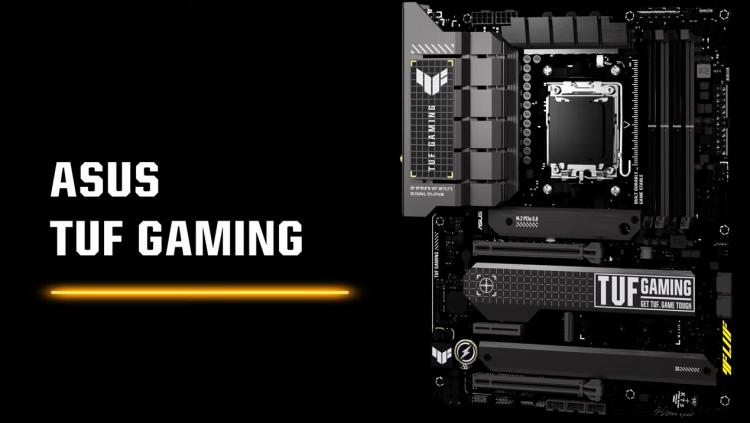 Building and customizing a high-end gaming PC has never been so easy. To make sure that your build process is as hassle-free as possible, the ROG Crosshair X670E Extreme features our exclusive ASUS Q-Design innovations, including the PCIe Q-Release button. Todays cutting-edge graphics cards often have beefy cooling solutions and sturdy backplates. Thats great for performancebut they can get in the way of popping the PCIe release latch free. Our PCIe Slot Q-Release button lets you release your graphics card from the slot with one press, no fumbling or tiny fingers required.

Similarly, traditional DIMM slot designs require you to lock in both sides of the memory stick, and it wasnt always easy for those of us with larger fingers to unlock the latch closest to the graphics card. Thats why weve implemented our new single-sided Q-DIMM latching design. With this arrangement, you wont have to worry about a latch that may be too close to your graphics card. A single latch on the easier-to-access side of the DIMM slot is all it takes to hold your memory stick firmly in place. Installing your RAM with the ROG Crosshair X670E Extreme motherboardand upgrading it down the roadis that much easier.

Weve even simplified the process of installing an M.2 drive. Our M.2 Q-Latch gives you the peace of mind that youll never have to handle another tiny, easily lost M.2 screw ever again. Now, you can secure or loosen an M.2 drive with just your fingertips. 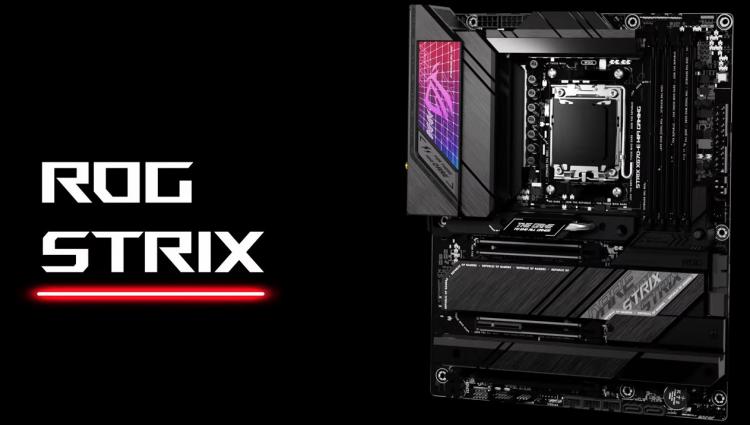 Even with all these features that simplify PC building, problems can still arise during the build process. The ROG Crosshair X670E Extreme gives you peace of mind with features that make it easy to diagnose the situation. Our ASUS Q-LED diagnostic array gives you a quick and easy reference if your system encounters a critical error during its power-on self-test. Four LEDs on the motherboard, clearly marked for the CPU, RAM, graphics card, or boot device, will light up to tell you exactly which component has encountered an error. Additionally, the Q-Code LED display provides you with a 2-digit code that indicates the most likely cause of an error as a starting point for troubleshooting.

Many gamers today just dont trust their wireless network to reliably lead them to victory. The 5.0GHz and 2.4GHz bands that most of our devices use to connect to the internet are only getting more congested with smartphones, laptops, and smart home devices competing for signal, especially in locations like condos and apartments where multiple home networks might be overlapping. Thankfully, theres a solution in sight in select regions: Wi-Fi 6E.

As always, more information on ASUS motherboards will be available at ASUS.com closer to release.