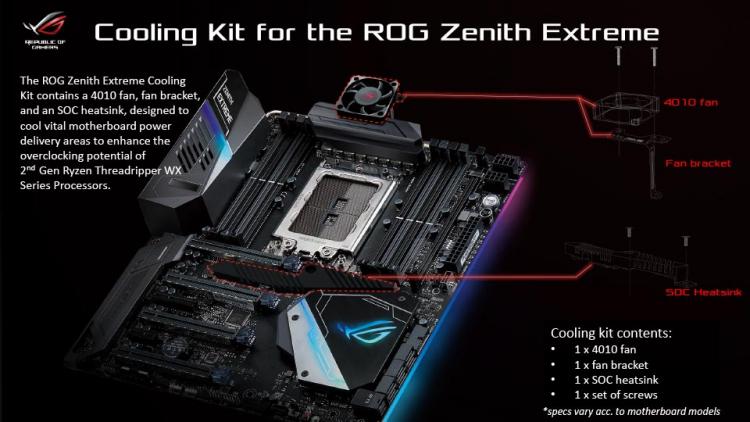 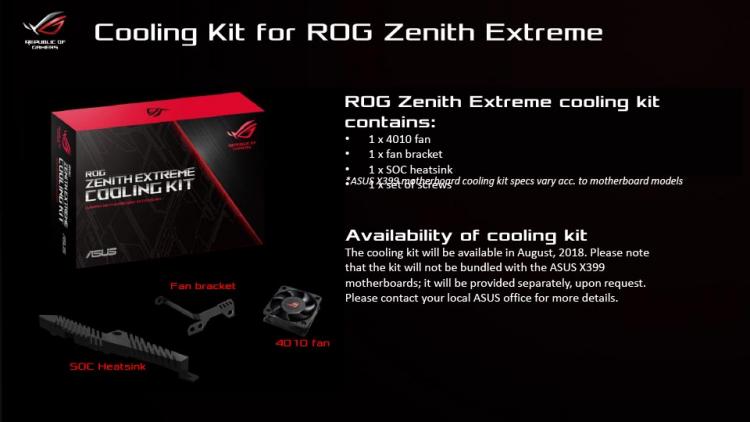 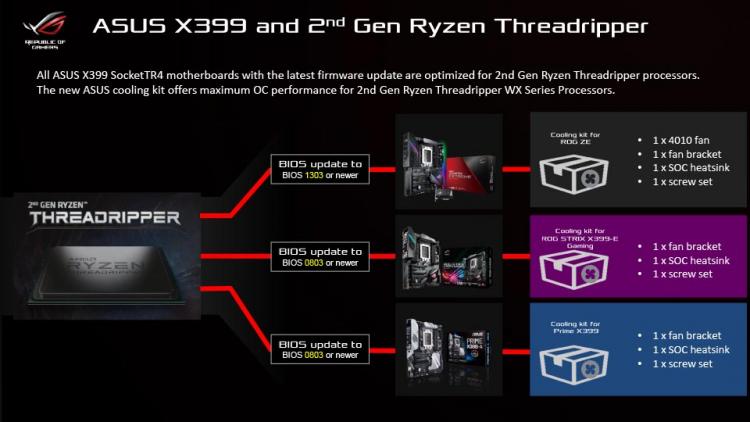 According to 4gamers, a tech site based in Taiwan, there are three different cooling kits for the three ASUS X399 motherboards  the ROG ZENITH EXTREME, ROG Strix X399-E Gaming, and ASUS Prime X399. The cooling kits feature a fan bracket that will allow users to install a cooling fan directly over the VRM heatsink to enable the power regulation modules to handle the higher thermal power design.

On the other hand, ASUS is said to be bundling the cooling enhancement kits with the ASUS ROG ZENITH EXTREME, ASUS ROG Strix X399-E Gaming, and ASUS Prime X399 motherboards moving forward to enable them to support the second-generation AMD Ryzen Threadripper processors out of the box. ASUS might also be selling the cooling kits separately in the near future.