Updating an ASUS AM4-socket-based motherboard for compatibility with the latest AMD Ryzen 2000 Series APUs takes just moments, via one of two simple methods.

Alternatively, users may update via the EZ Flash 3 utility thats integrated with the ASUS UEFI BIOS. This tool allows the update to be applied via an inserted USB drive or downloaded directly from the internet.

Users are also advised to update to the newest Radeon Vega drivers (V23.20.817.0 or later) to enjoy the best-possible graphics performance. These drivers are available for download from the ASUS microsite, at https://www.asus.com/microsite/mb/AMD-Ryzen-2000-APU-ready.

The list of ASUS motherboards that support AMD Ryzen desktop processors with Radeon Vega graphics is as follows: 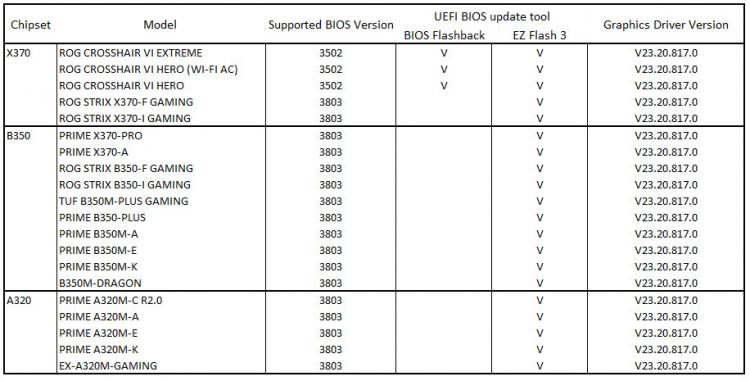