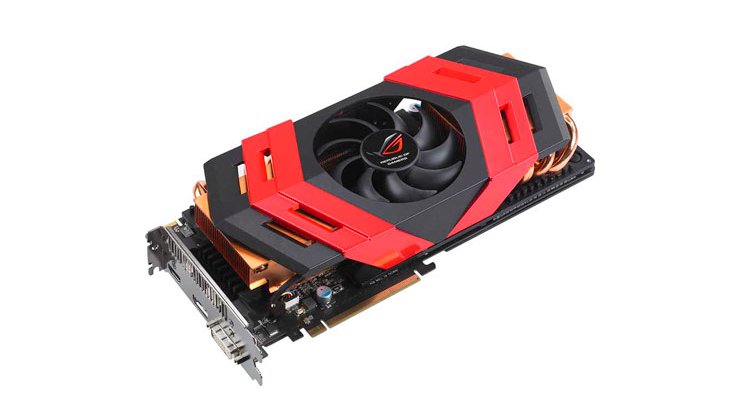 According to VR-Zone, ASUS may be working on yet another dual-GPU card under the Republic Of Gamers livery. Currently believed to be under the ARES branding envelope, this SKU could well be a decent option for those desiring 'better than a HD 7970' performance without going all the way up to a 7990. By all accounts it will feature two AMD HD 7870 GPU's working in Crossfire and be backed by 2GB GDDR5 RAM per GPU, for a total of 4GB. Clock speeds haven't been finalised as yet, but you should expect each GPU on the new ARES to have a significant clock bump over a stock full-fat Pitcairn seen on a reference HD7870. This is a ROG card after all.

The first ASUS ARES incorporated two HD 5870 GPU's and was one of the fastest cards available at the time. It had considerably more horsepower than the AMD HD 5970 and NVIDIA GTX 480, but has since been supplanted once again by MARS cards in this generation. The MARS 3, unveiled at Computex, will still be ASUS's single-card flagship model as it features two full-fat GTX 680's, but equally will almost certainly have a price tag well over $1000. Other dual-GPU cards based on more mainstream GPUs such as the GTX 560 or HD 6870 didn't catch on in the previous generation, perhaps due to keen single-card pricing and development costs, so it'll be interesting to see if ASUS really will jump in with both feet.

VR-Zone expect the new ARES to retail at the slightly more affordable $500-600 mark - roughly twice that of a single 7870 - and may well be sold in limited quantities. In terms of other rumoured specs, power should be drawn through two 8-pin PCIE connectors, necessitating a reasonable but not outrageous PSU. Cooling may be handled by a three-slot cooler similar to that of the original ARES (shown above), but it should be noted that the MARS 3 utilises a lower profile dual-slot cooler. The vagaries of dual-GPU cards notwithstanding, this ARES 2 should be a pretty powerful card for Eyefinity gaming.