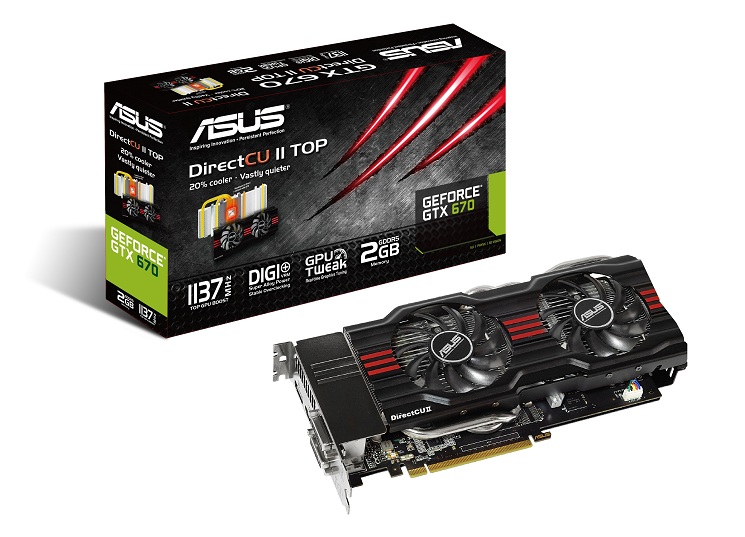 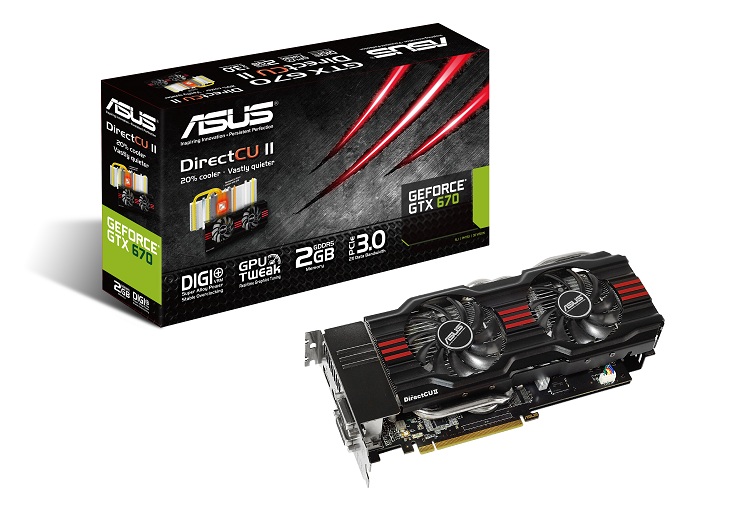 Only the best gaming with ASUS TOP-selected graphics cards
An extensive battery of tests conducted by ASUS engineers scans entire batches of NVIDIA® GeForce® GTX 670 GPUs for the most reliable and durable parts. After undergoing rigorous thermal tests and overclocking trials, these elite GPUs are paired with custom-designed PCBs, and the assembly is then put under further grueling inspections to ensure maximum performance in the face of extreme voltages and temperatures. ASUS TOP cards therefore meet the exacting standards of even the most demanding overclockers, and can handle the highest-end PC gaming with ease. Thanks to the TOP process, the core used on the GeForce® GTX 670 DirectCU II TOP has been factory-overclocked to 1137MHz, offering gamers an immediate framerate gain. 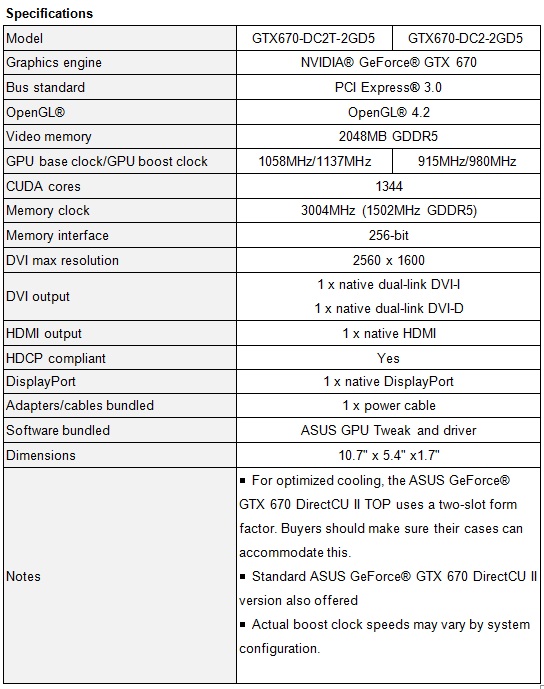 Product specifications and features may change without prior notice. Check http://www.asus.com for further details.

There are currently 352 user(s) online:
Google