ASUS Republic Of Gamers are at Gamescom 2019 this week to showcase a plethora of new hardware designs that will close out the year in style. Starting with the Intelligent Evolution livestream event earlier today, ASUS ROG unveiled motherboards, monitors, peripherals and more to prying eyes, all of which feature cutting-edge technologies and style that's definitively part of the ROG brand. Here's a brief run-down of some of the highlights: 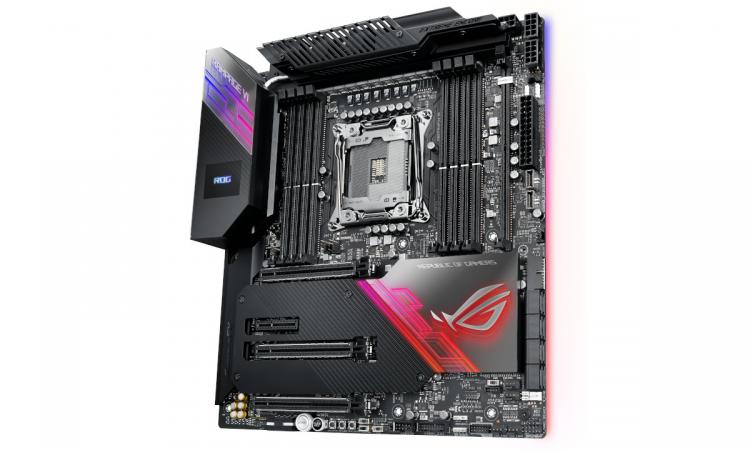 Intel's X299 platform is back in 2019, refreshed by ASUS ROG for a final time to cope with the demands of the last round of HEDT Skylake-X and potentially upcoming Cascade Lake-X CPUs. Both Rampage and Strix models are incremental evolutions over the prior generation, focusing on broadening the feature list and improving overall stability (particularly when pushing the overclocking limits on the platform). 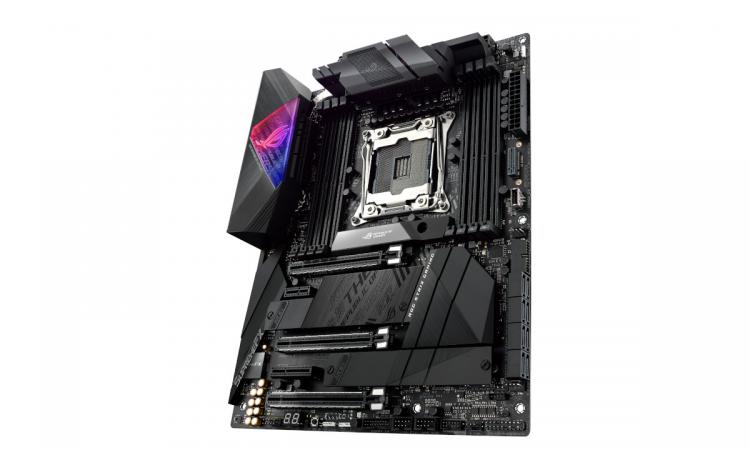 The Rampage VI Extreme's feature list is notable for another reason - it's the first appearance of the USB 3.2 Gen 2x2 (20Gbps) standard on a consumer motherboard design (albeit a nigh-on flagship model). The standard doubles the speed of USB 3.1 and is available only though a new Type-C connector, but sets the expectations of USB's capabilities going into the next decade. While you won't be buying this motherboard solely for the connectivity (which also includes Wifi 6, as does the ROG Strix variant), it's good to see that premium motherboards retain those aspects of early feature adoption. 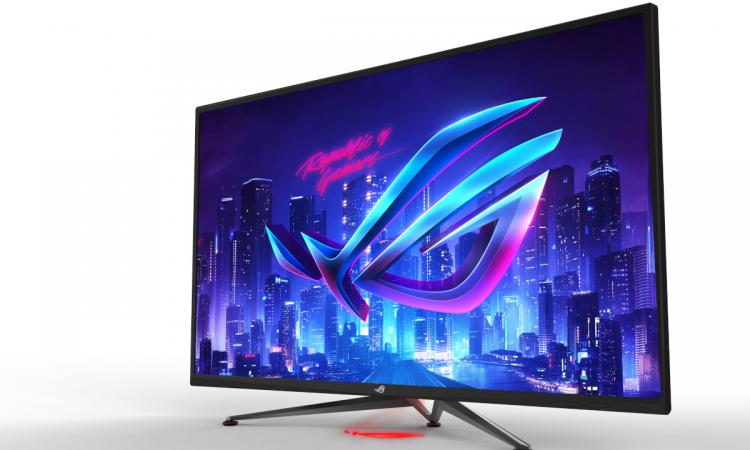 Display Stream Compression is a new technology for the consumer market that allows video streams to be encoded losslessly at up to 4K, 144Hz and transmitted over a single DisplayPort 1.4 connection without chroma sub-sampling. These video streams can also support Variable Refresh Rates and HDR, making DSC exceptionally valuable for the next wave of FreeSync 2 HDR panels. 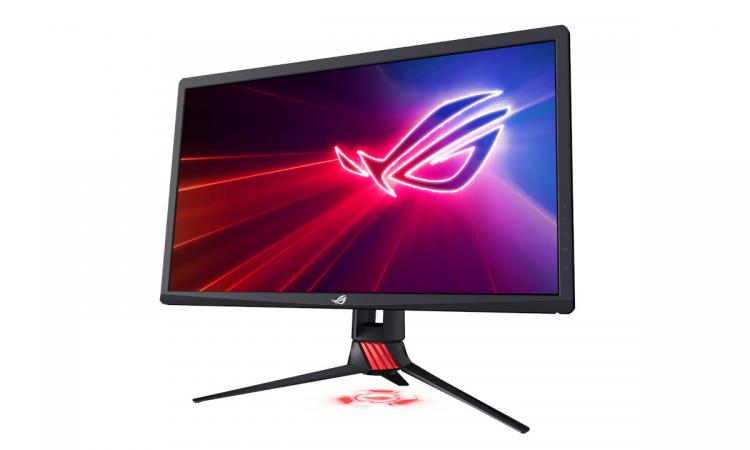 The Strix XG27UQ meanwhile is a 4K UHD IPS gaming monitor that supports a 144Hz refresh rate. It provides a wide 90% DCI-P3 colour gamut and DisplayHDR 400 compliance and offers the same DSC support as its Strix XG43UQ stablemate. Both monitors are premium designs for high-performance gaming.

ROG's Strix XG17 pushes the innovation angle in a different direction: by offering 240Hz refresh rate gaming in a portable form factor. This 17.3" IPS monitor weighs just 1 kg, but thanks to a built-in battery will provide up to 2.7hrs of gaming on a one hour charge or up to 3 hrs fully charged. It also operates over an adaptive sync refresh rate range of 48-240Hz, greatly smoothing out the gameplay experience. 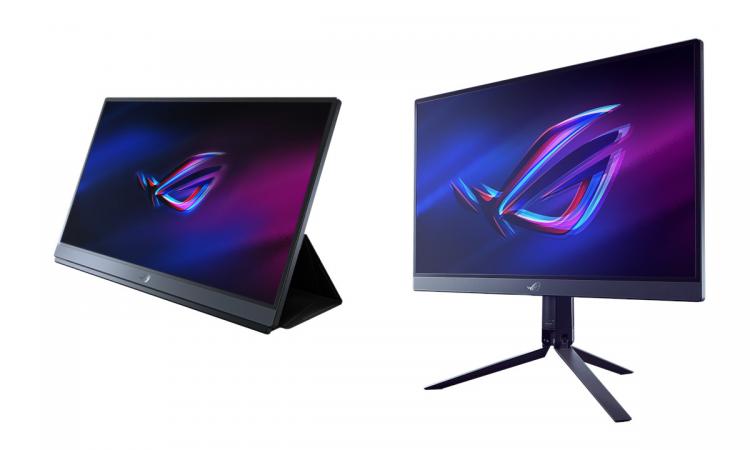 Bundled with the XG17 is the ROG Tripod, a flexible addition to the package that acts as a more conventional stand for the monitor. With the ROG Tripod the monitor can be effectively set up in a static location for use with consoles or as an extended laptop display, while the XG17's smartcover kickstand is ideal for more ad-hoc situations. 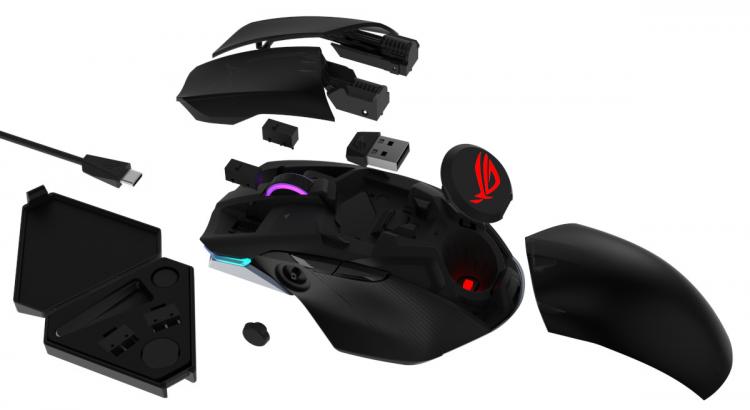 The ROG Chakram is an all-new gaming mouse with flexible design baked into its DNA. Supporting Qi wireless charging is still a rarity amongst gaming mice, as is a combination of both 2.4GHz wireless and Bluetooth connectivity, but the kicker has to be the integration of a removable mini-joystick on the thumb-rest panel.

Core to the Chakram is a 16,000 DPI, 400 IPS sensor, but other mod cons include Aura Sync lighting, detachable magnetic covers, wired quick-charging and one-touch DPI switching. As such, it's a new high-end weapon in the ROG arsenal that cries out for creative gamers who can tailor its capabilities to their own needs. 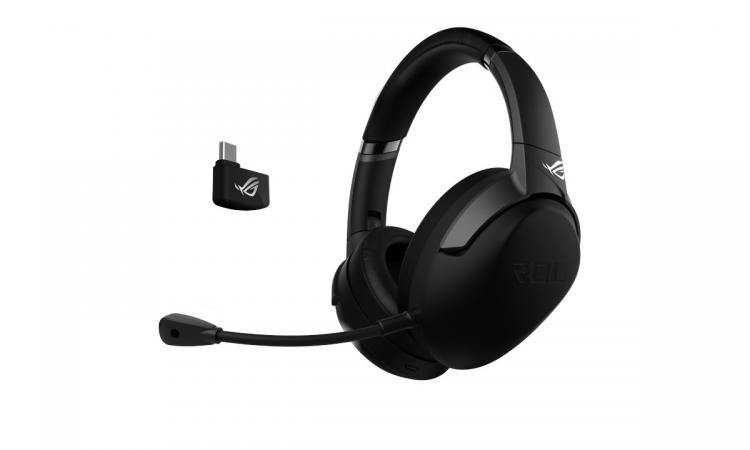 Last but not least we come to the ROG Strix Go 2.4, a wireless gaming headset that has the unique distinction of being the first to incorporate USB-C dongle connectivity. Active Noise Cancellation is also integrated into the inbuilt microphone, hopefully greatly improving clarity (an aspect wireless headsets traditionally struggle in).

Each of these products will be showcased by ASUS ROG at Gamescom 2019 ahead of release in the coming months. More information on the three motherboards showcased, including technical specifications, is available at Edgeup.ASUS.com.