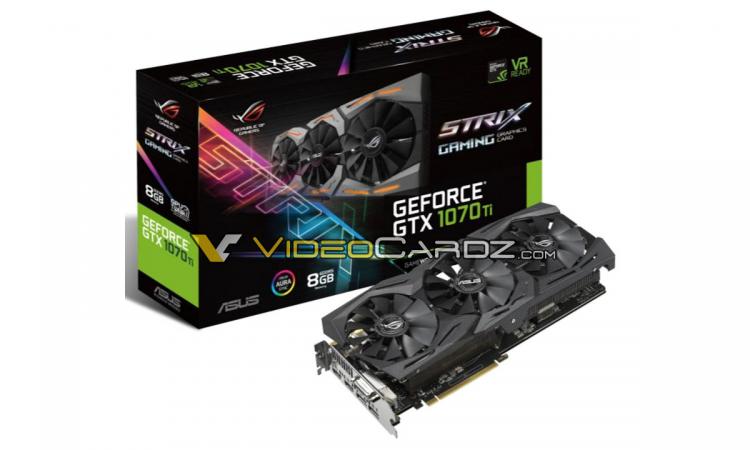 NVIDIA's GeForce GTX 1070 Ti is believed to be in the release pipeline and due this Thursday, but official news of the new GPU has been characteristically silent. That hasn't stopped a few leaks here and there, the most notable of which surrounds overclocking or lack thereof, and now box art and card images of two models from ASUS have filtered into the public domain via Videocardz.com.

Shown above is the ASUS ROG STRIX GAMING GTX 1070 Ti. Contingent on news of factory overclocking this SKU may well be ASUS's flagship GTX 1070 Ti; featuring triple-fan cooling, it's likely to have the best thermals and noise profile of their stock-clocked GPU range. 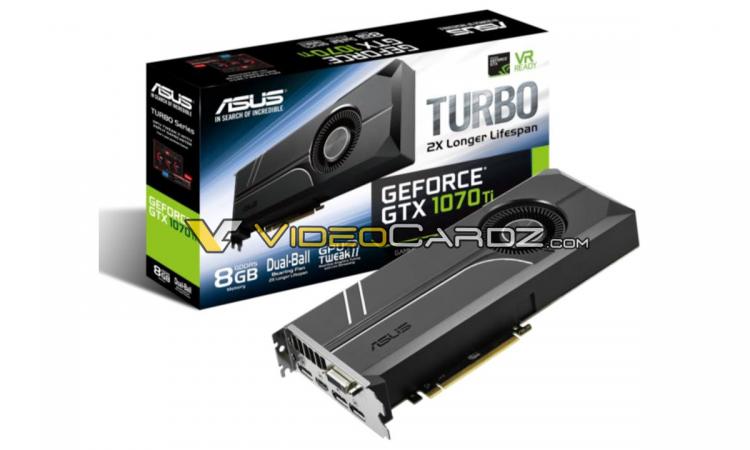 The second of the ASUS GPUs is the non-ROG-branded ASUS Turbo GTX 1070 Ti. This design makes use of a very slightly more downmarket blower-style cooler, likely to run a little more noisily than its triple-fan sibling. That said, these coolers are ideal for small form factor systems with limited chassis cooling as they exhaust air directly from the case. From the looks of things this model will also not support RGB lighting, if that's a factor in your purchasing decisions.

Images of GIGABYTE and MSI GTX 1070 Ti's have also been leaked over the past week, in addition to a small number of retailers jumping the gun with listing the card (without an expected availability date). There's not a whole lot to see beyond the cooling system being used, and it doesn't currently appear that the major manufacturers are planning anything revolutionary on that front for this release.

The GTX 1070 Ti is expected to launch on October 26th (this coming Thursday).