ASUS has just completed a series of technical seminars that showcased its latest motherboard innovations. Attendees were mostly members of global media outlets.

Held around the world between October 30 and November 15, the seminars provided a stage for several new ASUS technologies, all featured on upcoming ASUS motherboards that use new Intel® P67 and H67 chipsets. These include the pioneering Dual Intelligent Processors motherboard design that features two dedicated co-processors for performance and power management, the TurboV Processing Unit (TPU) and Energy Processing Unit (EPU). Attendees were also treated to an introduction of next-generation Dual Intelligent Processors 2 with DIGI+ VRM digital power management."

Brand new motherboards from ASUS celebrated Republic of Gamers brand were also on show, as were ruggedized models from its TUF (The Ultimate Force) range. These high-performance motherboards have some of the most sophisticated overclocking capabilities in the world, along with superior cooling technology.

All of these features and technologies are found on new ASUS P8P67 Series motherboards, based on Intels P67 chipset.

Revolutionary overclocking
ASUS established the Republic of Gamers (ROG) brand in 2006 to bring the best gaming and overclocking hardware to those who demand it. One of the latest products under the ROG brand is the upcoming Maximus IV Extreme motherboard, based on the new Intel®P67 chipset. Its revolutionary features have been designed from the ground up to provide the best overclocking experience from beginning to end  and to smash world overclocking records.

The Maximus IV Extreme is equipped with familiar overclocker-friendly features, including ROG Connect and RC Bluetooth for external devices. It also adds ROG iDirect for iPhone and iPad support, while the new GPU TweakIt feature allows users to fine tune both CPU and GPU performance via the same interface. All features are designed for users who want to push their system to the extreme.

ASUS is also working on a new ROG product that combines both network-processing unit (NPU) and sound card. Inspired by feedback from ASUS users, the product will deliver lag-free performance and enhanced sound quality for the ultimate online gaming experience.

Built to last
ASUS The Ultimate Force (TUF) Series motherboards maximize reliability, stability and compatibility for the most demanding applications. These models are perfect for server-grade use and truly heavy duty tasks.

The SABERTOOTH P67 brings the latest Intel® technology to the TUF Series, reinforcing it with a host of features designed to ensure total durability, while its uncompromising cooling technology guarantees better stability. This includes the exclusive Tactical Vest  a unique design that forces cool air from CPU and case fans towards critical parts all over the motherboard via a proprietary shunt design. It also covers most of the motherboard to shield it against heat generated by connected components such as graphics cards. This keeps temperatures down, delivering greater system reliability and longevity. 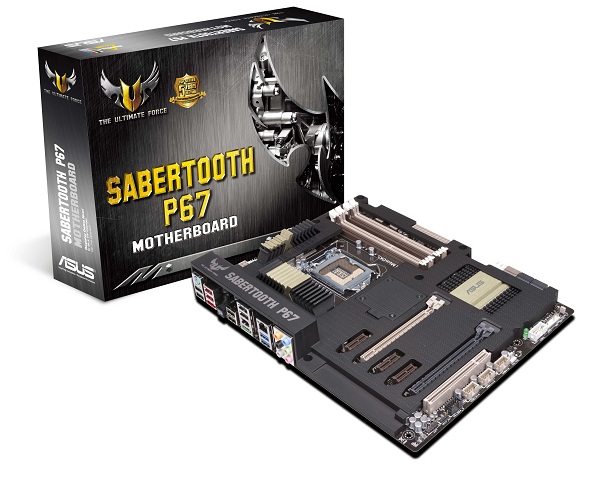 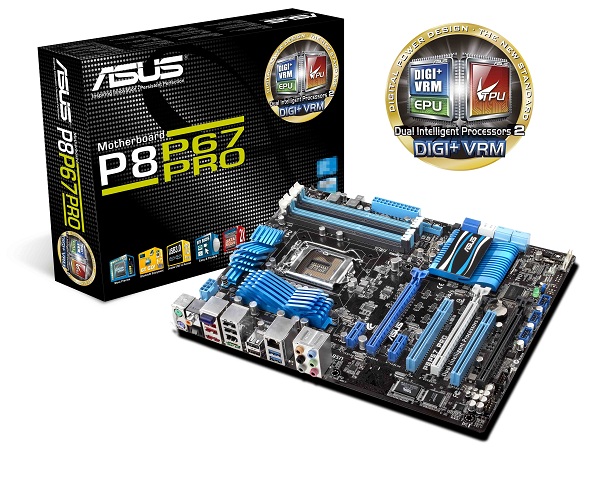 There are currently 125 user(s) online:
Google