ASUS To Bring Together Ryzen & Turing In Upcoming Laptop Series 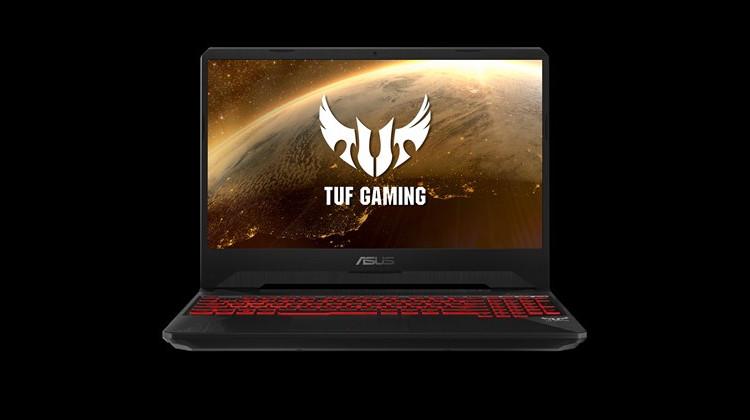 While it's chiefly the province of overlocking enthusiasts, trawling the 3DMark database can often uncover a pure nugget of unrevealed information hidden amongst all the data. Such is the case this week as intrepid miner @TUM_APISAK discovered entries for as-yet unreleased ASUS notebook configurations that bring together two unlikely partners. 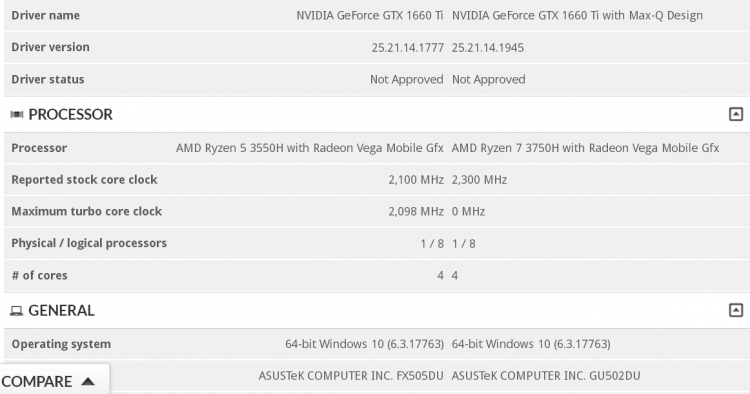 According to the entry ASUS will be bringing together AMD APUs and NVIDIA GPUs in notebooks, with at least one design conforming to NVIDIA's Max-Q specifications. The APU in question is a Ryzen 3550H, a 4-core/8-thread CPU with Radeon Vega 8 graphics that has already appeared in other recently-released laptops. Joining it is a GeForce GTX 1660 Ti mobile variant, graphics that are based on NVIDIA's 14nm Turing architecture. Separate entries are listed for vanilla and Max-Q configurations.

For the uninitiated, Max-Q specifications define form-factor, power draw and cooling limitations such that a design is thin, sleek, quiet and as cool as possible under load. The term has become almost synonymous with ultrathin gaming laptops, but until now only Intel CPUs have featured alongside NVIDIA GPUs in their designs.

It's important to note that not only is a mobile version of the GTX 1660 Ti as-yet unconfirmed by NVIDIA, but also that this would be the first time AMD Ryzen has been present in a Max-Q class notebook. As far as gaming consumers are concerned, it would be a watershed moment for Mobile Ryzen as it competes for share in a space dominated by Intel.

There's currently no information on if and when these notebooks, sporting model names FX505DU (potentially TUF Gaming branded) and GU502DU (potentially ROG branded), will be released.