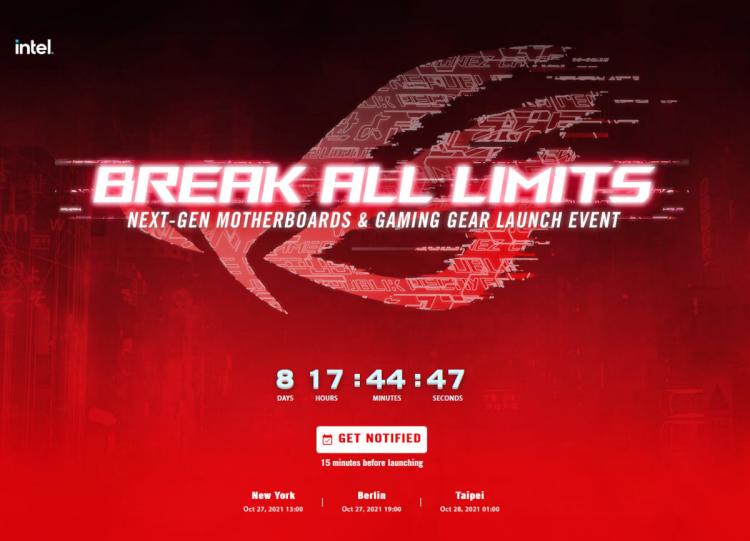 Next week could be a busy one in the world of PC technology. Premium component manufacturer ASUS ROG are set to unveil 'next-gen motherboards and gaming gear' at a livestream event they've dubbed 'Break All Limits', and the timing is likely to not be mere happenstance.

The event, which is due to start on October 27th at 1pm New York time (EST) or 6pm in the UK, appears to be in part sponsored by Intel. That makes sense when you consider recent rumours of a Intel Alder Lake unveiling at the end of October, potential just preceding this the ASUS ROG hardware debutants.

Presupposing that being the case, it's unlikely that ASUS will be alone in product launches. All of Intel's major motherboard partners will likely wish to get in on the act, and other associated hardware launches that synergise with new platforms may also edge into frame. We've already seen the former in the last few days as both MSI and GIGABYTE have teased new motherboards of their own.

Other gaming gear likely to be showcased are updated models of their NVIDIA RTX and AMD RX graphics cards, the latest WiFi 6E routers, and a large helping of ROG peripherals. There's plenty that should make it worth tuning in, even if you're not in the market to upgrade your CPU any time soon.

You will be able to catch the ASUS ROG livestream at https://rog.asus.com/event/Break-All-Limits/.