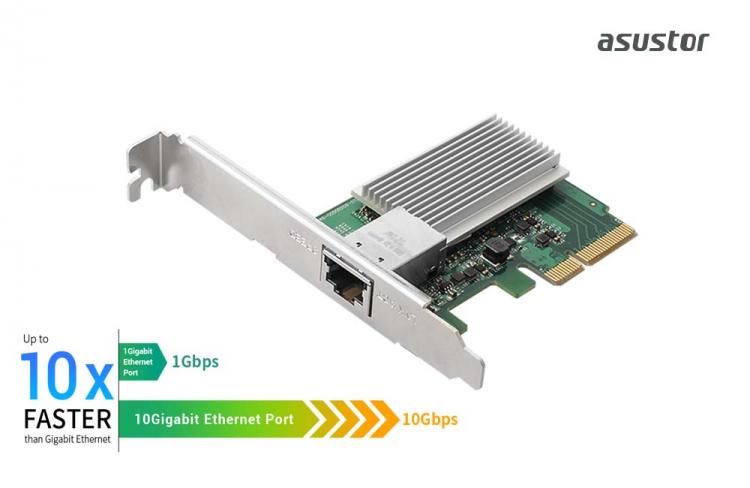 The ASUSTOR AS-T10G comes with a pre-installed full-height bracket and it also comes bundled with a half-height bracket to support thin computers. An ASUSTOR NAS bracket for the AS7008T an AS7010T can be purchased separately for easy upgrade to 10GbE speeds. The AS-T10G is a cost-effective 10GbE upgrade to many ASUSTOR devices such as the AS4002T, AS4004T, AS7008T, AS7010T, AS7009RDX and the AS7012RDX. With the use of the standard RJ-45 port, the AS-T10G upgrades your devices with 10GbE speeds with standard Ethernet cables instead of expensive fibre cables.