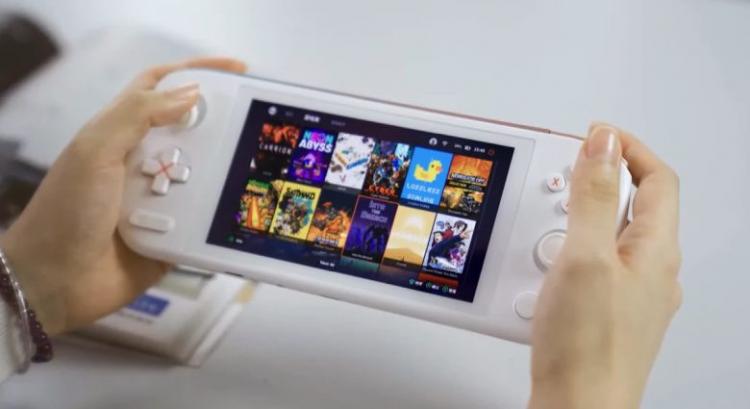 At Computex2022 AMD announced a raft of products based on their Ryzen processor technologies, from the high-end 7000-series to the power-sipping 6000U-series for ultrathins, but one of the more intriguing additions to their portfolio was a new APU aimed squarely at the low power market. Mendocino is a processor caught between two time periods, sporting Zen2 CPU cores and RDNA 2 graphics cores but supporting LPDDR5 memory. It's created for the affordable Chromebook and Windows laptop market sitting squarely in the $399-699 price band, but one of its debut appearances might be in a less expected form.

Via a livestream event conducted primarily in Chinese in front of a domestic audience, handheld console manufacturer AYA NEO revealed a new addition to their Air series of handheld gaming consoles which they've dubbed the AYA Neo Air Plus. Sitting well below both their mainstream Air and Air Pro variants in price and apparent specification (not to mention Valve's Steam Deck), the AYA Neo Air Plus with 6-inch screen is expected to launch at or around an MSRP of $289.

That low price is partially down to the selection of AMD's Mendocino CPU, a processor built on a modern 6nm process but sporting four of their older Zen2 CPU cores and support for more modern LPDDR5 memory. A curious aspect of Mendocino however is the as-yet undisclosed nature of its GPU component, known to be based on RDNA2 but with no details currently attached. 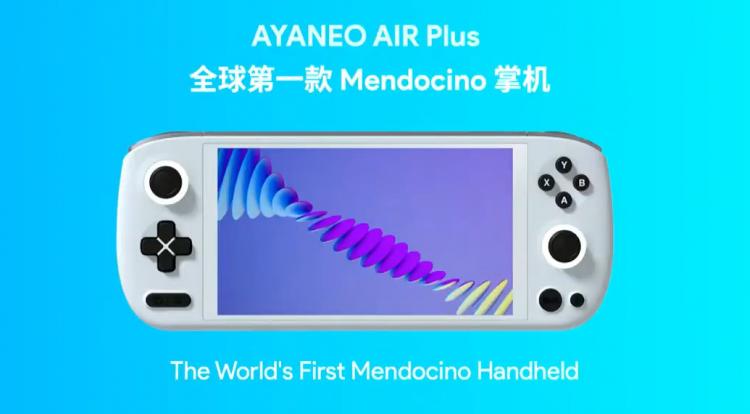 A new leaked slide arriving from @Olrak29_ by way of Videocardz does shed light on this however: Mendocino will allegedly be equipped with just 2 RDNA2 Compute Units for a total 128 Stream Processors, one quarter that of the Steam Deck. That's not quite the pocket rocket you might be expecting.

The AYA Neo Air Plus would therefore seem to fit into an interesting niche similar to the old NVIDIA Shield handhelds. They will support retro gaming fairly well, particularly some forms of 16-bit era ROM emulation, but should really come into their own as a streaming device that leverages a local PC to do all the workhorse labour in the background. All it needs to do that is low-latency wireless communications and hardware video decode. Oh, and that pesky local gaming PC to act as a server.

Gamers looking for more punch from a handheld without going down the Steam Deck route can also turn their eyes toward the recently announced AYA Neo Air and Air PRO models, which are equipped with the considerably more powerful 5000U series processors (and are priced accordingly). Each will support SteamOS, Windows and their own linux-based proprietary OS.