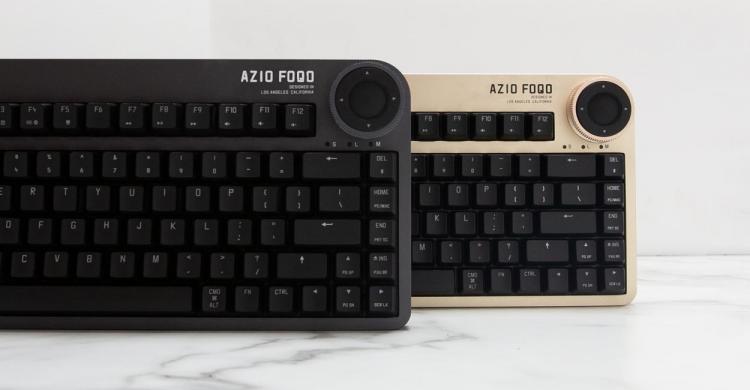 The camera-inspired AZIO FOQO wireless mechanical keyboard is now available for purchase. Initially named the AZIO FOKAL keyboard, the AZIO FOQO was launched via an Indiegogo campaign and was exclusive to backers. Today, AZIO announces the availability of the FOQO keyboard in the United States. 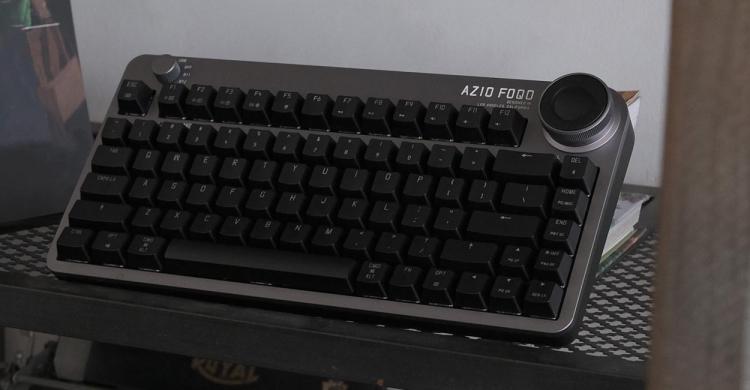 The AZIO FOQO wireless keyboard features a compact tenkeyless layout with it lacking the number pad to the right. A highlight feature is the keyboards customizable control knob thats inspired by the knobs on older cameras. It uses Bluetooth 5.0 wireless connectivity which is supported by Windows, iOS, and Android devices. Moreover, it can also be connected via a wired USB-C connection with the included cable which also charges the wireless keyboard. The AZIO FOQO is available in Space Grey and Gold colours.

FOQO Control Knob
The control knob on the FOQO keyboard has three different modes: multimedia, lighting, and joystick. Switch modes by pressing the side button.
- Multimedia mode: Spin the top crown for volume. Press down for mute. Move-in four directions to play, pause, stop, previous, or next.
- Lighting mode: Spin the top crown to increase/decrease brightness. Move up and down to change backlighting mode. Move left and right to select the backlight colour.
- Joystick mode: Move in a 360 direction (can act as a cursor) and press down to select.

Pricing
The AZIO FOQO wireless keyboard is now available at the AZIO webshop, currently on sale for $199.99. The FOQO Palm Rest accessory is also sold separately for $39.99. Also listed on Amazon but not yet available.

There are currently 513 user(s) online:
Google