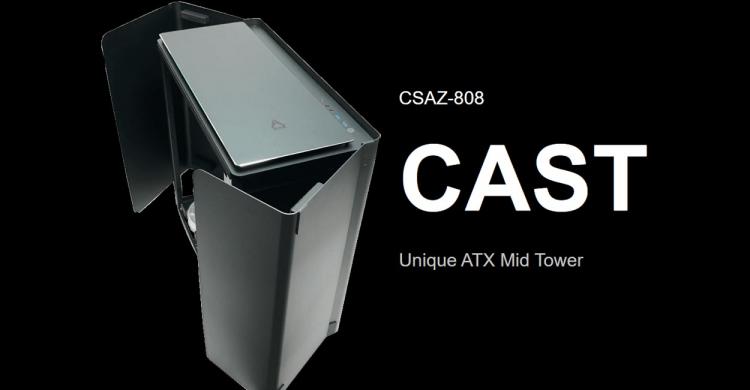 AZZA introduces the CAST chassis featuring a removable outer shell and independent frame that gives builders easy access to the interior for installation and troubleshooting. When fully built, the unique wing design can be completely extended, requiring zero tools to access the interior, or flexed for better airflow. The AZZA CAST can even be flipped to a 90-degree orientation, open or close the wing panel to address different builds. The AZZA CAST can support 280mm or 360mm radiators at the front and comes with three pre-installed 120mm ARGB fans. 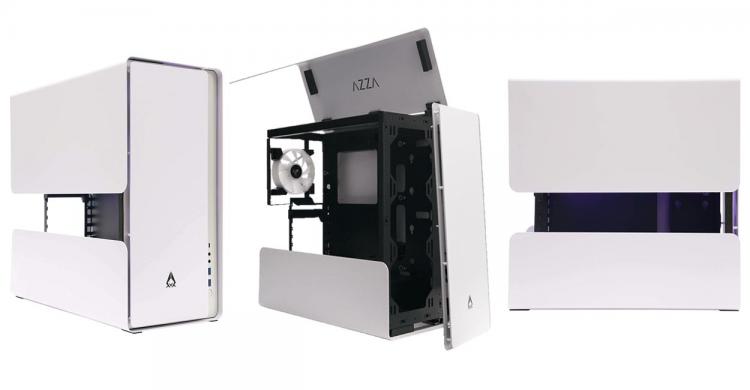 Cover On. Cover Off.
The AZZA CAST design consists of an independent removable frame and an outer shell with two hinged panels that provide full access to the hardware for maintenance and cleaning, and an easy to latch on/off the front panel.

Unique Wing Design for Easy Access
The unique shell features hinged top and bottom panels, creating wings that wrap around the frame to form the left side panel. In a closed position, the AZZA CAST offers a minimalistic look with a cut-out window emphasizing the graphics card. When open, it provides access to the inside and also gives an open-air option for improved internal airflow.

90-Degree Orientation
Another advantage to the hinged panel is for the case to be turned 90 degrees, standing with the rear panel facing down, giving the AZZA CAST an entirely new look to display the hardware installed inside. With enough room at the rear panel and an opening on the right-side panel to run the cables, it is easy to achieve a clean setup while breaking the traditional tower position.

Pricing and Availability
The AZZA CAST is available in white and black models, both available at Amazon for $209.99. Learn more about the AZZA CAST here.

There are currently 532 user(s) online:
Google