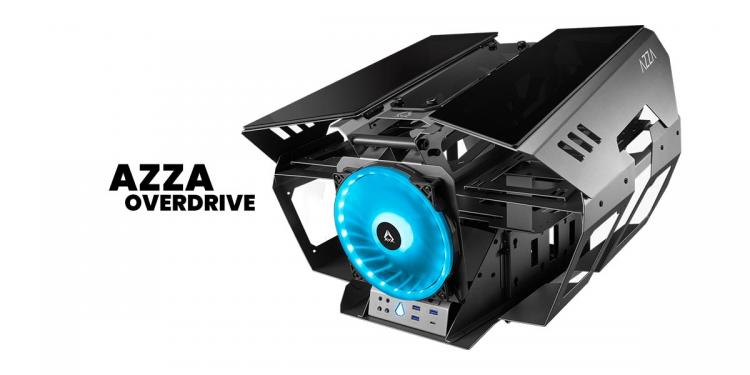 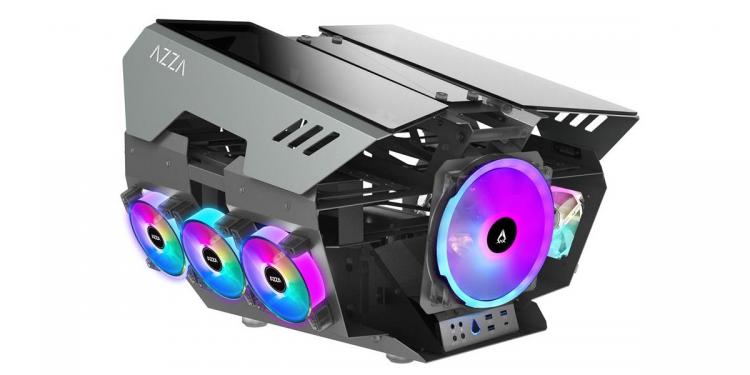 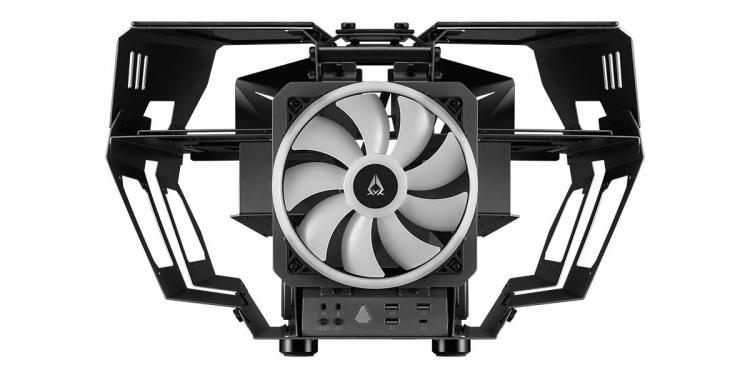 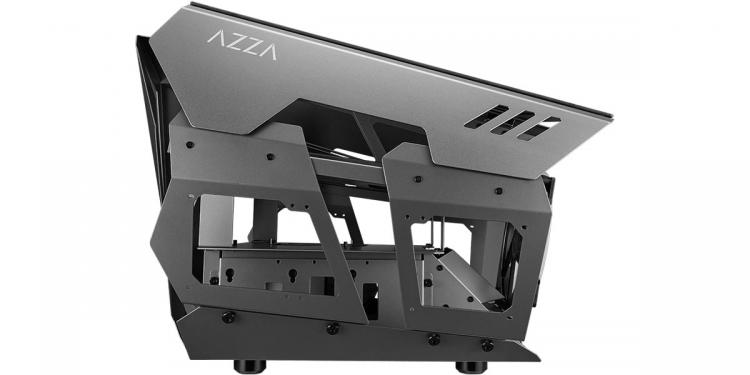 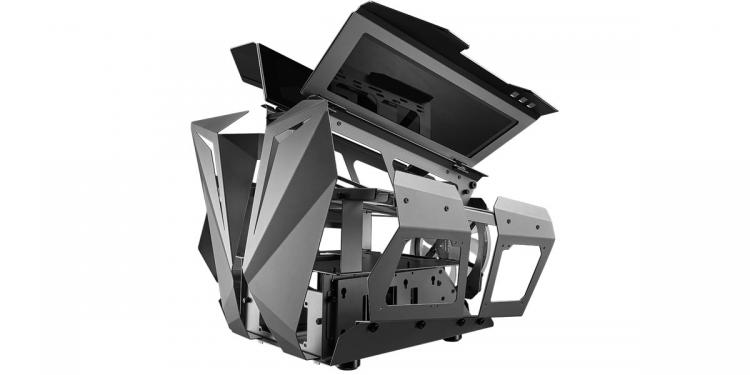 One of a Kind
The engine-inspired AZZA OVERDRIVE reimagines the design of a PC case. Challenging conventional thinking by using an open frame with a unique component layout, this case is targeted for water cooling enthusiasts looking for a best-of-the-best statement piece.

Falcon Wing Design
The AZZA OVERDRIVE features two tempered glass and aluminium hinged falcon-wing top panels. When closed, the case has an aerodynamic look. When opened, in addition to providing optimal airflow and maximum performance, users are presented with quick access to the components for ease of maintenance.

Water-cooling Powerhouse
The roomy and open frame design of the AZZA OVERDRIVE is only the first aspect of its performance-driven design. Featuring an oversized 200mm ARGB fan at the front, airflow across the motherboard is guaranteed to be plentiful. In addition, the side panels and top tray can accommodate up to 3 x 360mm radiators and 9 x120mm fans, up to 2 x 400mm long GPUs, as well as a tall pump and reservoir combo at the top of the case, enough to create the most efficient and high-performance custom water-cooled PC.