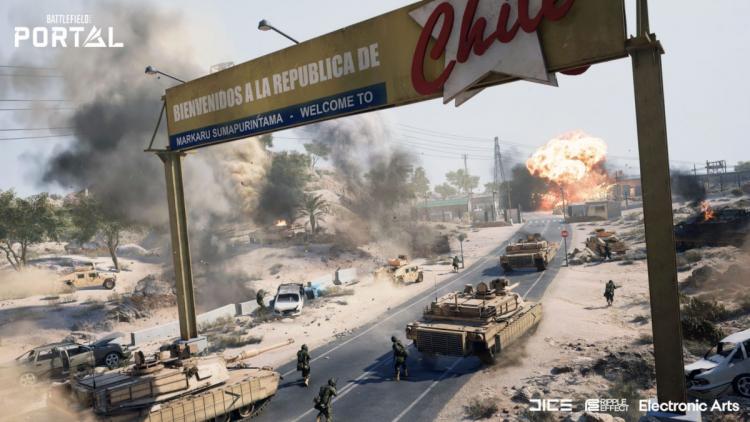 EA DICE are preparing Battlefield 2042 for release on November 19th and an Open Beta test is scheduled for October 6th as part of that preparation. PC, XBOX and Playstation owners will all be able to play on their platform of choice, but BF2042 preorders are given priority access on October 6th and 7th. In order to judge the system you'd like to play on, DICE have conveniently published minimum and recommended specifications for the Open Beta test phase. Bear in mind that these differ from the previous Playtest specifications.

Bear in mind that the Open Beta system requirements are likely to be slightly higher than those for the final game due to late stage optimisation passes and various debugging tools the Beta client might have enabled. That being said, they're still relatively high given the current state of the PC market.

Minimums should be achievable for most desktop gaming systems purchased in the last 5 years. An AMD Ryzen 5 3600 is perhaps a little hefty, but the implication is that a budget system bought today would be suitable. Older systems equipped with NVIDIA's GTX 970 or better can also probably fit the bill, but AMD Rx 300-series and earlier GPUs of similar vintage will not have driver support.

The recommended specs are considerably more onerous. Ignore the Intel Core i7-4790; the Ryzen 7 2700X is still a pretty powerful CPU, and both GPUs listed will set you back close to £600 if they were bought today. A GTX 1080, 2060 SUPER, RX 5700 are also recent equivalents in raw rasterisation performance, but only one of that trio will also support ray tracing.

The four-day test will tease out multiplayer issues and help them identify problems with server load while also serving as a great marketing tool, primarily thanks to a huge influx of game streamers from Twitch.tv and Youtube. Preloading begins on October 5th, and on PC the game will be available for play both through Origin and Steam. More information can be found on the Open Beta Test page.

There are currently 573 user(s) online:
Google