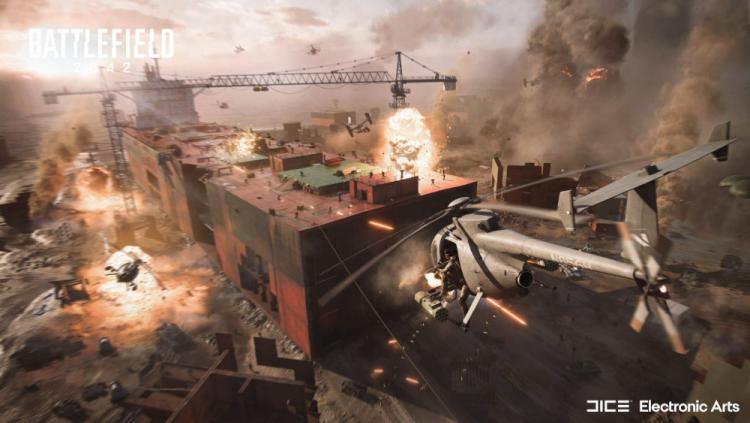 It is being reported today that EA's playtesting program is preparing for one of their most significant releases in recent years: Battlefield 2042. According to VideoGamesChronicle.com (and echoed by other media) the behemoth publisher has sent out email correspondence to EA Playtesting members stating that as many as six sessions will be hold between now and the games September release, with the first being held on August 12th. The playtest will be open on the PC, XBOX Series S/X and PS5 only, and only registered members of the program (apparently running into the thousands) will have the chance at access.

Don't be surprised if popular videogame streamers are also part of this testing session to build hype for the game prior to release.

As part of the email EA also revealed the PC system requirements for the playtest sessions.

Final system requirements are typically slightly lower than those necessary for testing sessions, so potential players shouldn't necessarily be too concerned at present if their system is just shy of those outlined above.

The only factor that is potentially onerous is the requirement for Windows 10 (in order to run with the DirectX 12 API), even if the recommended GPU specs in particular run to well over $350 at the time of writing. Legacy hardware, even as far back as the GTX 900-series, will likely still be fine for an enjoyable experience once the game is released.

There are currently 538 user(s) online:
Google