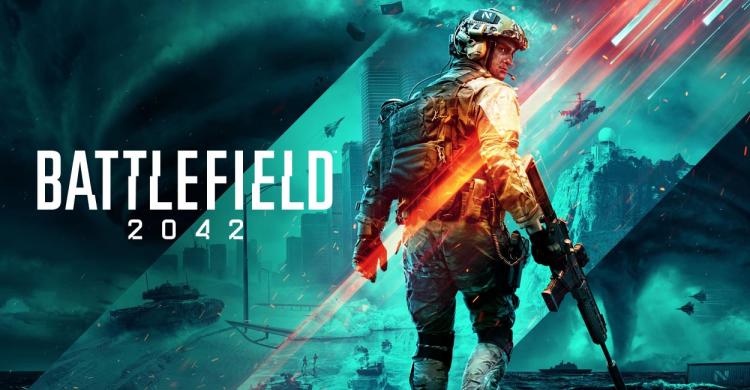 Battlefield 2042 will be featuring matches filled with up to 128 players on the latest consoles and PCs, this unprecedented scale adds a new dimension to multiplayer battles. Battlefield 2042 also ups the action with the inclusion of real-time events that reshape the battlefield and tactical combat. All-new weapons, vehicles, and gadgets give players the freedom to be strategic and create jaw-dropping, only-in-Battlefield moments.

Watch the reveal trailer below.

All-Out Warfare
The next generation of fan-favourite modes Conquest and Breakthrough, featuring the largest maps ever for the franchise and for the first time, up to 128 players. Experience the intensity of All-Out Warfare in large-scale battles like never before on maps filled with dynamic weather, dangerous environmental hazards, and spectacular world events that see tornadoes rip across the map and sandstorms block out the sun.

Hazard Zone
An all-new, high-stakes, squad-based game-type for the Battlefield franchise that is a modern take on the multiplayer experience that is distinctly DICE but very different from All-Out Warfares Conquest or Breakthrough modes.

To Be Announced
The third experience, being developed by DICE LA, is another exciting new game-type for the franchise. This experience is a love letter to Battlefield fans and one that long-time players will feel right at home with. Tune in to EA Play Live on July 22 for all the details.

Battlefield 2042 will be launching worldwide on October 22 for Xbox One, Xbox Series X|S, PlayStation 4, PlayStation 5, and PC via Origin, Steam, and the Epic Games Store.

Battlefield 2042 is available now for pre-order and is set to launch on retail and digital storefronts on October 22 for $59.99 on Xbox One, PlayStation4, and PC, and $69.99 on Xbox Series X and S and PlayStation 5.

Learn more about Battlefield 2042 at EA.com.