Battlefield 3 is great but is missing a few features that made its predecessor brilliant. According to a post on Battlelog it is highly likely that Battlefield 4 will see the return of the much loved Commander role as well as 3 playable factions; Russia, China and of course, the United States.

These images were snapped on a laminated poster at a Gamestop store. Apart from clearly stating the above, it also mentions the first expansion called Drone Strike. There has been no confirmation yet from EA/DICE but we await a response from them to determine if this is true or not. 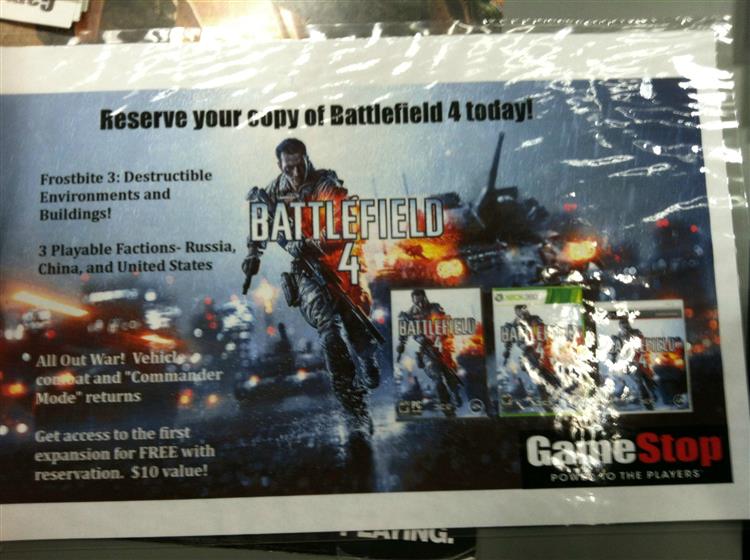 What do you think of the possibility of the Commander's return?

There are currently 449 user(s) online:
Google