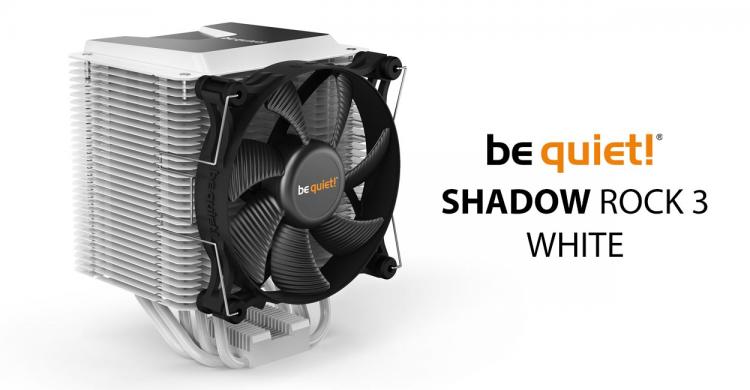 be quiet! announces Shadow Rock 3 White. Instead of the silver/black bi-colour scheme of the original version, the new cooler sports a white/black design that will feel right at home in fitting colour-themed builds. Shadow Rock 3 White boasts a similar cooling capacity as the original silver version, which was released in March 2020. It is rated at an impressive 190W TDP thanks to its advanced heat sink design and heat pipe layout, and the included Shadow Wings 2 high-speed fan. 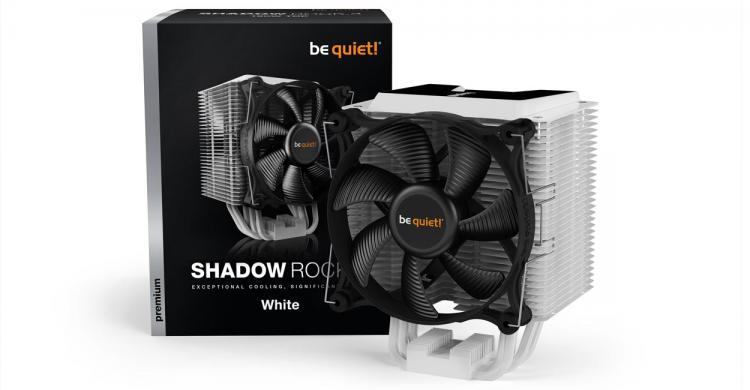 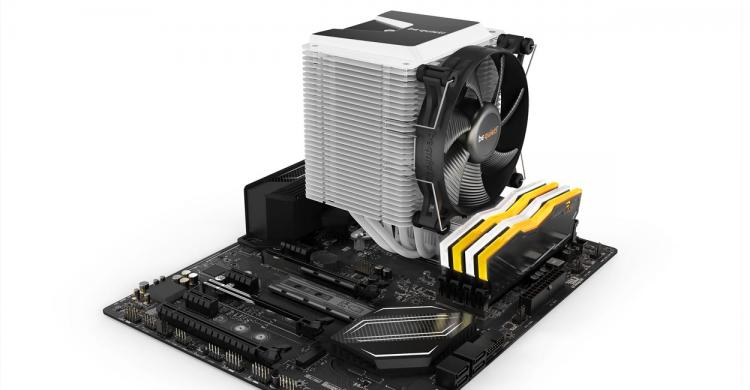 The be quiet! Shadow Rock 3 White implements five 6mm heat pipes with heat pipe direct touch (HDT) technology. The heat pipes are in direct contact with the processor surface, which results in fast heat transfer from the CPU to the heat sink. Shadow Rock 3 White comes with a black fan, offering a neat contrast to the white electrophoretic coating of the heat pipes and heat sink. This Shadow Wings 2 120mm PWM high-speed fan is decoupled from the heat sink and offers a silent operation at no higher than 24.4 dB(A), even at maximum speed. Combined with a high fin pitch this results in a cooling performance capability of up to 190W TDP, enough to enable trouble-free overclocking of mainstream desktop processors. Users who are looking for even higher cooling performance have the option to attach a second fan to the heatsink.

The asymmetrical design of the be quiet! Shadow Rock 3 White moves the heatsink towards the rear exhaust of the case for unobstructed access to all memory slots. This guarantees maximum compatibility with high-performance memory modules, including RAM with tall heat spreaders or LED lighting. Installation is simplified thanks to a top mount design and an included screwdriver. The cooler is compatible with all current CPU sockets from Intel and AMD (except TR4 and sTRX4) and fits best on Intel Socket 1200 and 115X or AMD Socket AM4 motherboards with up to four memory slots.