Glinde, 29th of May 2012 - be quiet!, market leader for power supplies in Germany for six years in a row*, announced today the release of its new high end line of PC power supply units (PSUs) called Dark Power Pro 10. The flagship series now uses state-of-the-art power conversion and cooling technologies along with other design enhancements to be the quietest and most energy efficient models in the companys 12 year history. The range features six models all with a modular cable management system and power outputs from 550 to 1200 Watts.

Now with 80 PLUS® Platinum

The all-new power conversion circuitry topology features Full Bridge (high power models) and Half Bridge (lower power models) LLC resonant converter and DC-to-DC voltage stepdown along with Synchronous Rectifying to confer unmatched power efficiency and signal stability. Efficiencies range up to 94% and 80 PLUS® Platinum certification, the highest independent energy certification on the market, depending on the model. 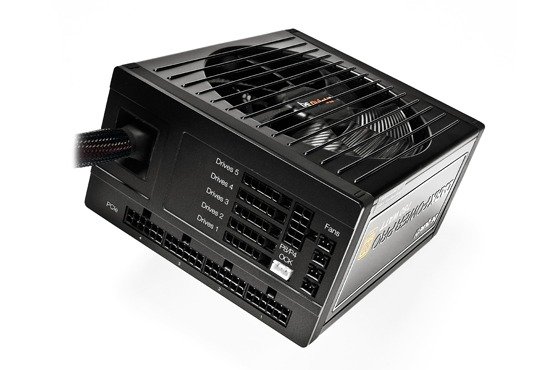 Dark Power Pro 10 series all use be quiet!s renowned SilentWings® fan; the key feature in a completely redesigned cooling system with a new and custom made 135 mm fan. This fan features a fluid dynamic bearing (FDB) which provides a 300,000 hour lifespan and makes it virtually inaudible. Furthermore using very high quality fans enhances PSU reliability as fan failure is by far the most common failure mode for power supplies. Silent operation is additionally achieved via painstaking optimizations which have minimized all forms of noiseacoustic, electrical and mechanical. In addition the fan grille design and mounting were both fine tuned during design for quietness.

The result is astonishingly low noise levels. For example, the 850 Watt model produces less than 12 dB(A) of noise all the way up to 90% of full load, the 550Watt less than 14 dB(A) even at full load. Additionally up to four case fans can be attached to and independently controlled by PSU circuitry exclusive for this function to further minimize system noise. 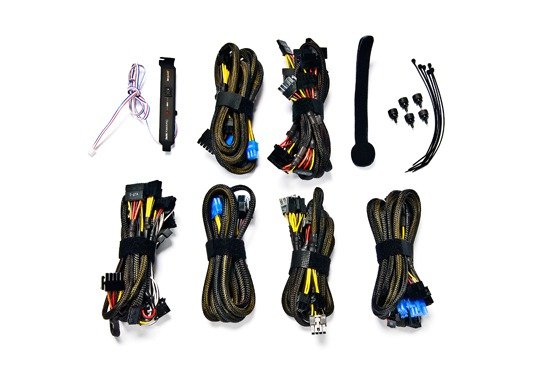 Resolving a long-time dispute amongst PC enthusiasts, be quiet! offers the only power supply which lets you choose between multi- or single-rail 12 V mode. A quick flip of the switch turns Dark Power Pro 10 from factory default four rail setting to high performance single rail mode.

Dark Power Pro 10 offers users a truly no compromise PSU with the highest levels of performance, energy efficiency and is astonishingly silent said Scott Richards, Global Brand Director for be quiet!. Our German design team has put it all in this product line. Unsurpassed quality of build and performance along with uniquely quiet operation precisely the attributes that have made us the long-time sales leader in our home market of Germany.