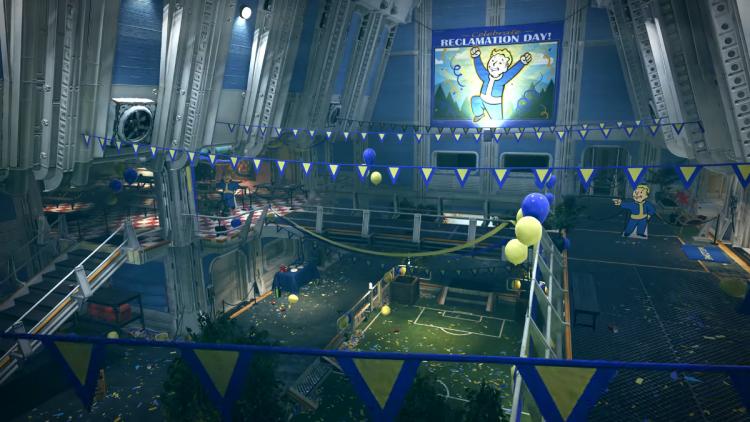 Videogame publisher Bethesda spent most of yesterday teasing their fanbase on Twitch and Facebook with a television test pattern livestream advising them to 'Please Stand By', but today they finally revealed the purpose behind all the mummery. To no-ones surprise a new game set in the Fallout universe is on its way, and as proof they released the following teaser trailer.

Apart from the title - Fallout 76 - and the Vault 76 location (which has been namechecked in previous Fallout games) there's very little to report about the latest franchise installment thus far. All indications are that it will be an FPS in the same vein as its immediate predecessor, but the title indicates that it might be more of a 'New Vegas'-style spinoff.

We'll find out more at the Bethesda E3 Showcase on June 10th. You can catch a livestream at YouTube.com/BethesdaSoftworks or Twitch.TV/Bethesda, beginning at 6:30pm PT (2:30am UK Time).