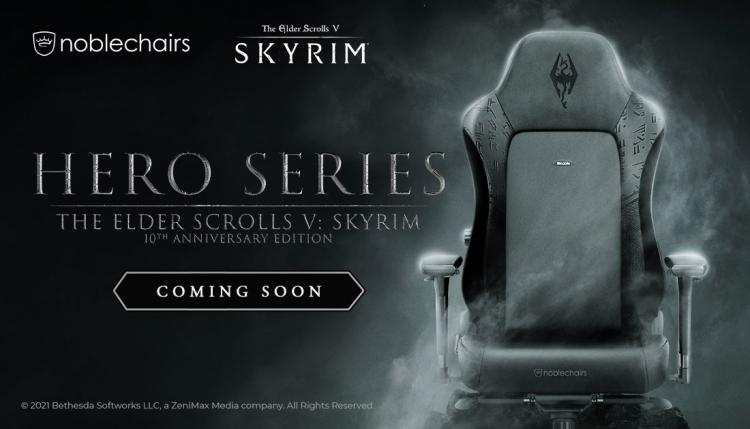 For ten long years The Elder Scrolls V: Skyrim has been a fixture of the videogame landscape. Released originally on PC, XBOX 360 and PlayStation 3 but with updated versions tailored to each subsequent console generation - even the Nintendo Switch - Skyrim is a testament to the longevity of Bethesda's immersive RPGs and the versatility offered by embracing mod support. Today, on the 10th anniversary of the game's launch, Bethesda and noblechairs are once again partnering to present a very special edition gaming chair as a perfect partner for the Anniversary Edition's PlayStation 5 and Xbox Series X/S release.

The noblechairs HERO - The Elder Scrolls V: Skyrim® 10th Anniversary Edition Gaming Chair has been designed to incorporate Skyrim's distinct aesthetic features into the award-winning HERO frame, a task for which the noblechairs team is ideally suited. Previous Special Edition chairs include the striking Fallout '76 and DOOM Eternal designs, created with Bethesda's feedback, noblechair's engineering know-how, and more than a dash of thematic elements from each franchise. 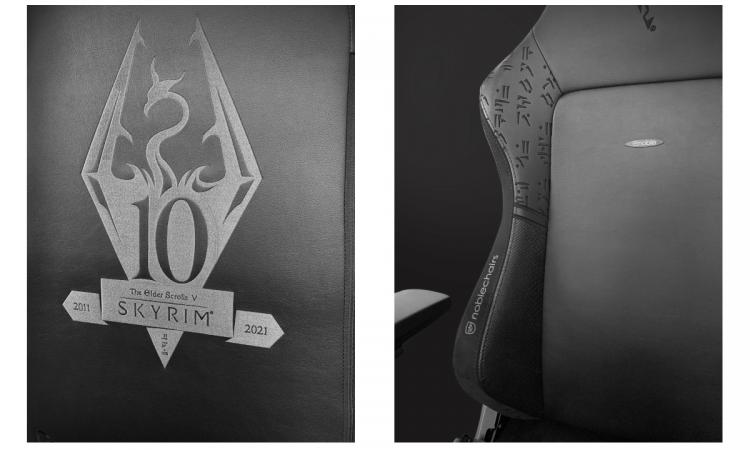 As befits the 10th Anniversary of what's almost gaming royalty at this point, the Skyrim 10th Anniversary Edition chair goes above and beyond as a throne for your audio/visual court. An all-black base is highlighted by the iconic Seal of Akatosh, which has been embossed in pride of place on the headrest. Bordering the backrest are runic Words of Power in relief on the dark background, while on the rear an oversized 10th Anniversary logo has been embroidered.

The core features of the HERO seat, those which have made it highly appreciated by gamers the world over, remain a part of this design so as not to undermine its overall quality. The German design outfit have bestowed it with an adjustable backrest with internal lumbar support mechanism, 4D armrests, and a rocking mechanism, making the Skyrim 10th Anniversary Edition fully ergonomic with additional lumbar support. It should also have long-term durability, much like the game itself. 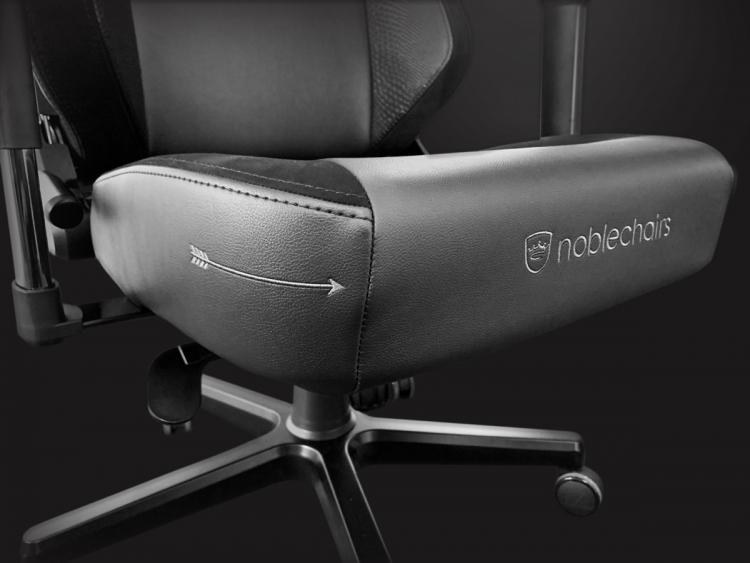 Oh, and there's one final homage to the franchise that neatly finishes off proceedings, proving that - despite its serious undertones - there's still a strong vein of humour that runs through Bethesda's best.

You can register your interest in the HERO - The Elder Scrolls V: Skyrim® 10th Anniversary Edition now to be notified when pre-orders go live. Keep your eyes open for more Special Edition announcements in the future; this is unlikely to be the last you'll hear of noblechairs' ongoing partnership with Bethesda.