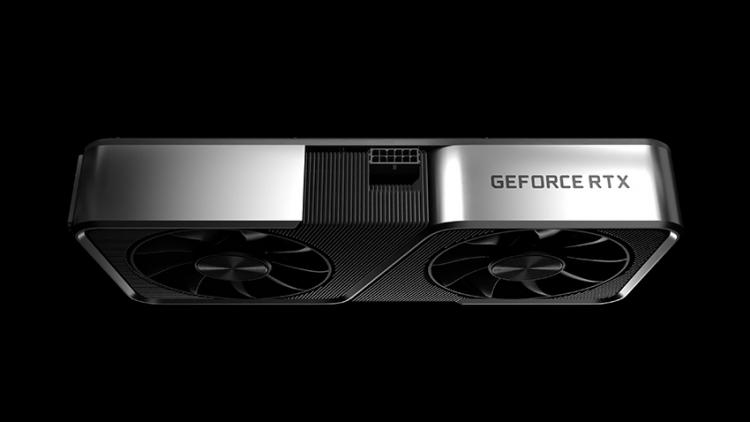 NVIDIA's GeForce RTX 30-series launches later this month with specs to die for and performance that will put its predecessors (not to mention the competition) in the dust. But the launch is not solely one of hardware; new features and software tools are debuting in the RTX 30-series launch window specifically to take advantage of its new capabilities. 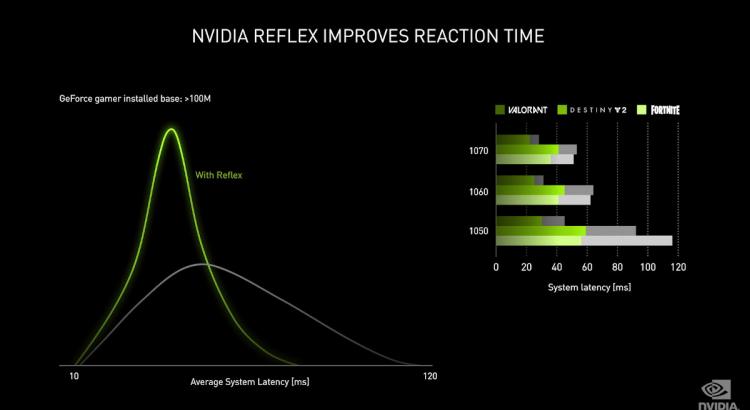 The traditional graphics rendering pipeline inevitably introduces some level of latency between button push and an event happening on-screen. Just creating a frame takes time, but the process of buffering one or more frames will also add a certain number of milliseconds to the chain. Clamping down on this introduced latency becomes of upmost importance, particularly in competitive gaming.

NVIDIA are launching Reflex with the new graphics card series, a technology that pushes average system latency when gaming down through a combination of techniques in GeForce and G-SYNC hardware. In theory it scales well to higher resolutions too, having significant impacts at 4K to make screens behave more on par with a 1440p display as far as latency goes. 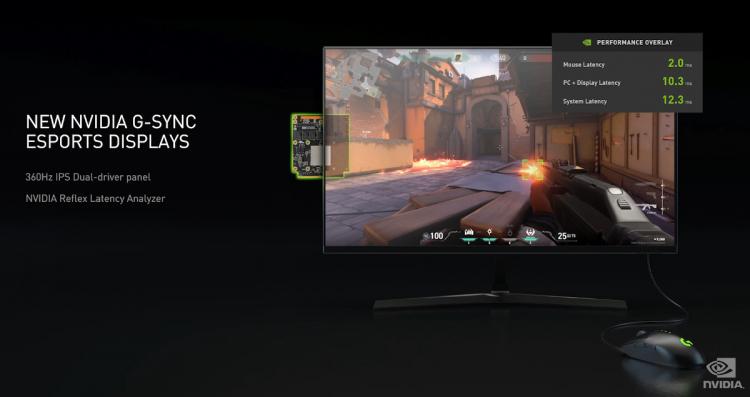 Those pushing for even tighter timings will be interested in a new range of 360Hz G-SYNC Esports IPS Displays. These monitors from partners including ASUS, Acer and Alienware feature integrated latency measuring tools and a performance overlay that breaks down where each delay occurs. 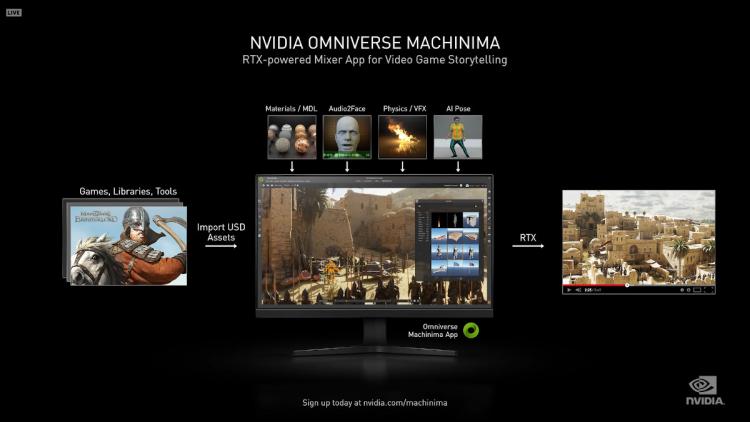 Machinima, videos created using in-game or in-engine assets, have been a mainstay of the creative gaming sector for decades. Popularised by Red vs Blue and made mainstream through Valve's creative tools for Source or more home-brew means in World of Warcraft, billions of hours have been consumed as entertainment over the past couple of decades.

NVIDIA Omniverse Machinima will provide a formalised framework for creators and developers of the games they love to come together, share assets and put together even more compelling works. By taking advantage of Omniverse tools more realistic animations can be generated, with powerful capabilities such as AI-driven speech and dynamic facial expression mapping. And once assembled the scene can be rendered in stunning detail using path-traced rendering.

A beta is set to start soon with signups at https://www.nvidia.com/en-us/geforce/machinima/.

Earlier this year NVIDIA rolled out RTX Voice, a beta program that utilises the AI inferencing capabilities of CUDA hardware to eliminate background noise and enhance the main human voice of an audio track. This tool, along with a few other, will now be officially release under the banner of NVIDIA Broadcast.

Broadcast doesn't just clean up live audio. By leveraging AI it can also interface with your webcam video feed, offering facial tracking and depth-based background green-screening/elimination. These tools aren't new, but are often specific to certain webcam/microphone vendors and are not typically accelerated by AI. 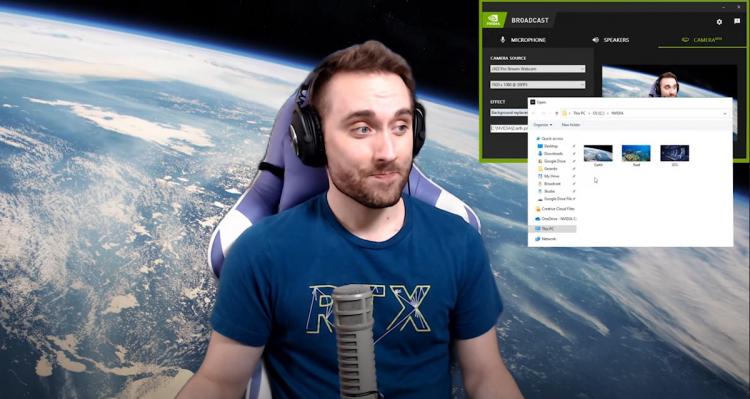 Eliminating and remapping a background without green screen in NV Broadcast.

RTX Voice in particular was a revelation when introduced, and has become a highly valued feature for many streamers on Twitch and other platforms. It alone may make NVIDIA Broadcast a success, although we hope that the full release does a slightly better job with handling female voices than the current implementation.

NVIDIA's engineers are always hard at work adapting professional tools for the powerful inferencing capabilities of RTX hardware, and continue to make some of these tools available to consumer where it makes sense. With so much now being possible though just a home PC, it cannot be long before we see another tranche of features released that build on this existing framework.

NVIDIA Broadcast, Omniverse Machinima and Reflex are expected to roll out in the course of the next couple of months as stand-alone utilities, through driver updates, or additional services. Press material indicates that each will be exclusive to the RTX 30-series at launch, but who know if and when any of these tools will be supported on NVIDIA's previous hardware generations.