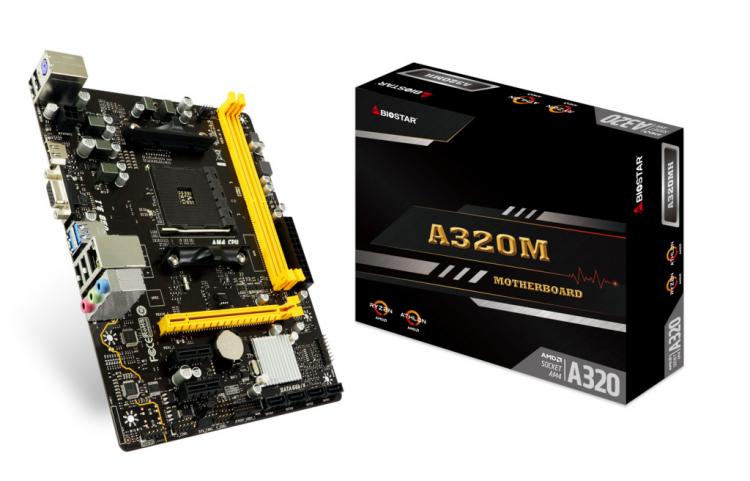 December 27th - BIOSTAR.com.tw - Highly considered by the masses as the best budget-friendly performer, BIOSTAR's A320MH motherboard finally gets a BIOS update to support AMD's 5000 series processors. BIOSTAR A320MH users now have the opportunity to upgrade their systems to the latest AMD's 5000 series processors* and get a significant boost in performance and productivity out of their systems.

With BIOSTAR's official BIOS patch version A32ESB17, users can upgrade to a range of new processors like the Ryzen 7 5800X.

Users can find the official BIOS update on the motherboards support page.

We can see many motherboard manufacturers follow BIOSTAR's approach providing a new version of BIOS for their A320 motherboards to support AMD Zen 3 processors. This move is undoubtedly a great boon for users of the A320MH motherboard extending the product use cycle even further.

*It is important to note that the updated AMD Ryzen 5000 series is only supported but does not include the 5000G series APU. This is because of limitations of BIOS ROM capacity; the updated Bristol Ridge processor will no longer be supported.

EDITOR's NOTE: The official BIOSTAR product page doesn't appear to have updated processor support listings and doesn't list the exact BIOS indicated above. We recommend that you hold off on applying a new BIOS until the manufacturer has clarified this listing.