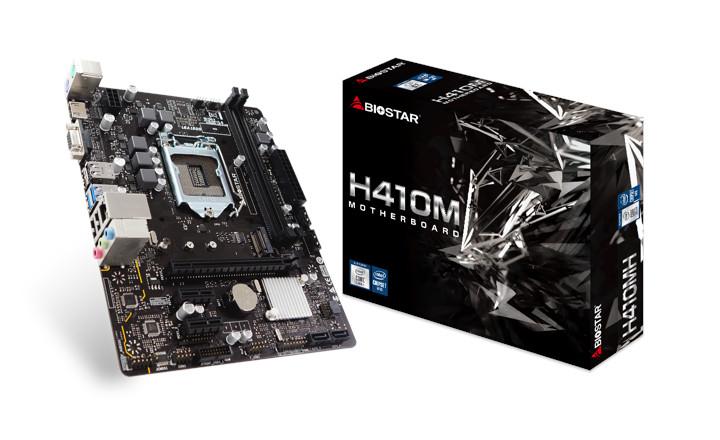 Aimed at business, and casual usage, the H410 series motherboards are built to last with high-grade material and jaw-dropping functionality suitable for many use cases.

Built with practicality and reliability in mind, the H410MHG and H410MH motherboards introduced by BIOSTAR are engineered with superior functionality that rivals any motherboard of their class in the market. Designed in the sleek Micro ATX form factor that takes minimal real estate inside a PC case, the BIOSTAR H410 series motherboards come with highly desired features like USB 3.2 Gen1 that delivers compelling performance boosts and can be used to connect multiple devices without worrying about compatibility. It is capable of data transfer speeds up to 5Gbps and backward compatible with all existing USB products.

Both motherboards support up to 64GB of DDR4 ram with clock speeds up to 2933 MHz. Additional features like GbE LAN enhances bandwidth capacity resulting in superior performance.

The BIOSTAR H410MHG motherboard, being the elder sibling of the two H410 chipset motherboards, additionally has TPM technology which improves equipment effectiveness with an emphasis on proactive and preventative maintenance, and provides a safe working environment. 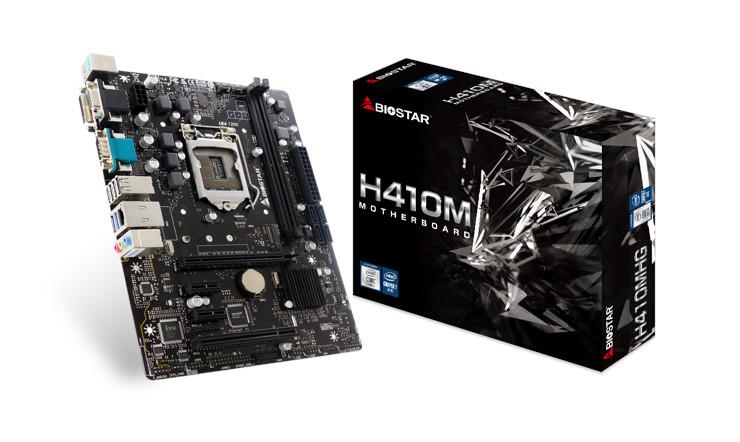 The H410 series motherboards from BIOSTAR comes with a comprehensive Rear I/O panel with the H410MHG motherboard being more versatile of the two motherboards built to suite government agencies and various commercial applications containing ports such as 2 x USB 3.2 (Gen1) ports, 4 x USB 2.0 ports and a COM port for easy connectivity as well as the fast, secure GbE LAN port for smooth reliable LAN Connection. Additionally, H410MHG comes with the HDMI 4K connector that expresses bright and highly detailed content that fills an entire screen with lifelike images the as well as ALC887 audio technology, that outputs 7.1 Channels, High Definition Audio through the 3 audio connectors provided in the motherboard for an unparalleled audio and video experience.


The H410MH is also equipped with a well thought out rear I/O panel containing much needed connectivity options like 2 x USB 3.2 (Gen1) ports, 4 x USB 2.0 ports, GbE LAN port and it also contains a VGA out-port alongside the usual HDMI 4K connector giving the user, multiple choices for a monitor output built for casual users for seamless daily content consumption boosted together with the ALC887 audio technology, outputting through the 3 audio ports built on to the H410MH motherboard that produces 7.1 Channels, High Definition Audio.

Either its for business or a government organization that require a safe reliable system, or casual usage, the BIOSTAR H410 series motherboards are ready to deliver above and beyond user expectations without denting their savings.

BIOSTAR also announces that by registering any new purchase with the BIOSTAR VIP CARE portal, consumers can enjoy many additional benefits provided by BIOSTAR. 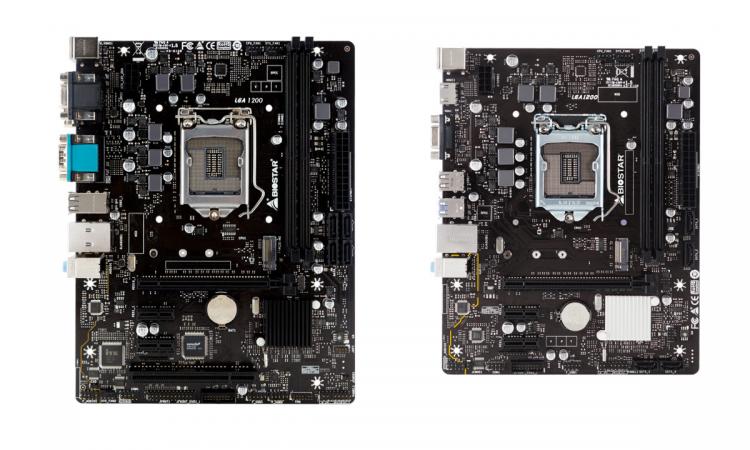 - Improves equipment effectiveness with an emphasis on proactive and preventative maintenance.
- No Breakdowns
- No Small Stops or Slow Running
- No Defects
- Values a safe working environment, No Accidents

- USB 3.2 Gen1 delivers compelling performance boosts and can be used to connect multiple devices without worrying about compatibility. It is capable of data transfer speeds up to 5Gbps and backward compatible with all existing USB products.

- Expresses bright and highly detailed content that fills the entire screen with lifelike images. Enjoying TV shows and movies online such as YouTube or Netflix through HDMI connector.