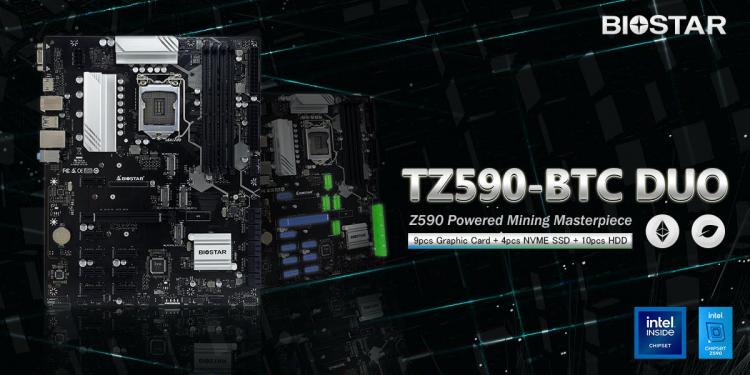 BIOSTAR introduces the new TZ590-BTC DUO mining motherboard, designed to meet the needs of cryptocurrency miners with its eight PCIe 3.0 x1 slots. This BIOSTAR mining motherboard features an Intel Z590 chipset which supports the 10th and 11th generation Intel Core processors. It also comes with four DIMM slots that support 128GB of DDR4 memory which is rather unnecessary for mining builds thats recommended to only have 8GB to 16GB of memory unless used in other applications. 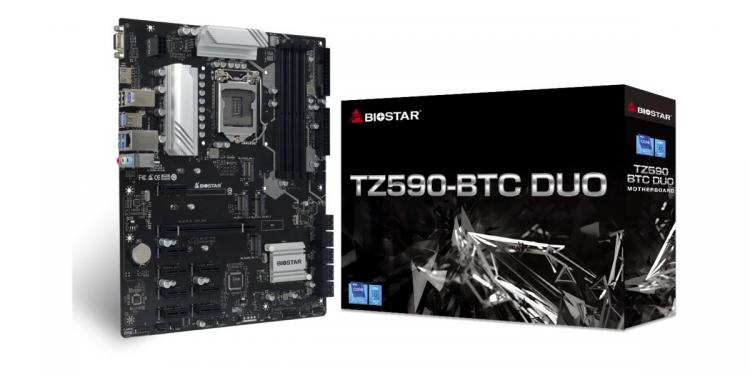 BIOSTAR did not reveal pricing as of this writing. To learn more, please visit the BIOSTAR website.