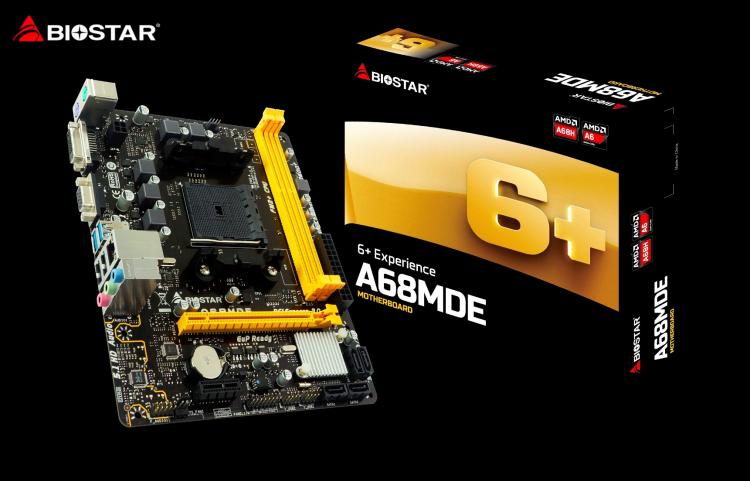 BIOSTAR expands its FM2+ motherboard line-up with the A68MDE motherboard that supports the AMD A-Series and E-Series processors. It uses the smaller micro-ATX form factor that offers better compatibility over larger motherboards making it ideal for entry-level system builds. With DDR4 memory price on a hike, A68MDEs DDR3 memory support will also give builders instant savings.

Like most AMD FM2+ motherboards, the A68MDE offers AMDs Hybrid CrossfireX support wherein the APUs GPU and a discrete Radeon graphics card enables AMD Radeon Dual Graphics that boosts graphics performance. The motherboard also sports some of the higher technologies that are rare during the release of the FM2+ platform such as high-speed USB 3.1 Gen 1 ports and support for higher frequency DDR3 memory of up to 2600MHz on overclocked settings. 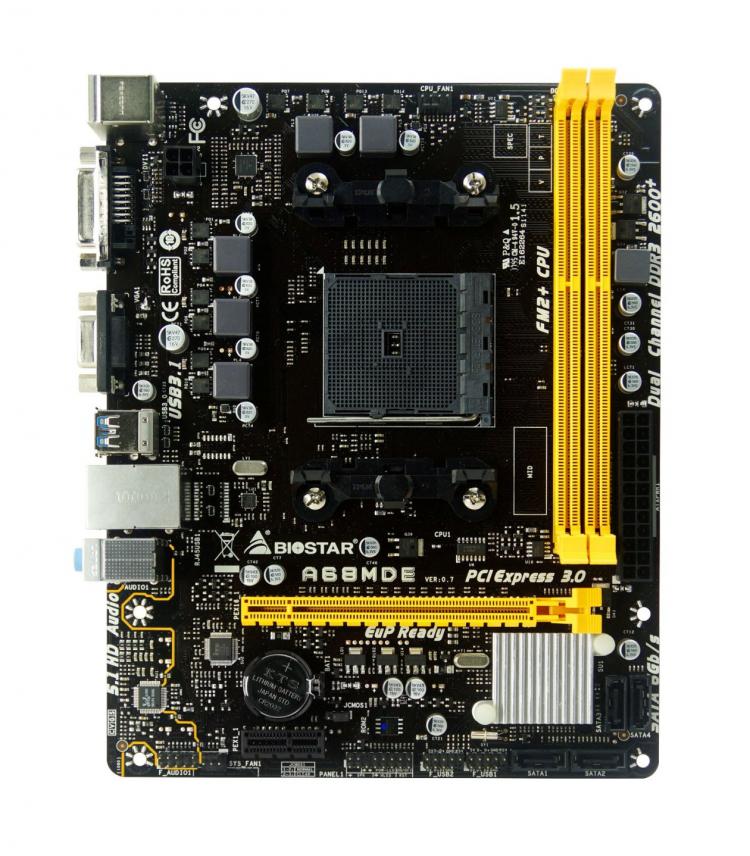 Pricing and Availability
The BIOSTAR A68MDE Motherboard will have an MSRP of $44.99. Availability to be announced.

There are currently 628 user(s) online:
Google