The BIOSTAR iMiner series is a single unit all-in-one mining machine complete with its own motherboard, GPU, CPU, memory and power supply offering miners the fastest way to get into mining. The BIOSTAR iMiner systems are powered by the Intel G3930 processor and the Intel B250 chipset. The iMiner series feature mining flexibility with support for different GPU mineable cryptocurrencies including Bitcoin Gold, Monero, Ethereum and Zcash. 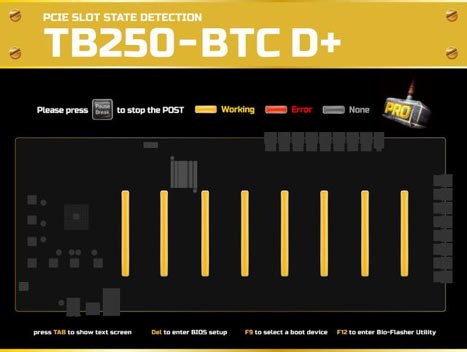 The BIOSTAR iMiner Series features a helpful software that helps miner troubleshoot and determine the state of the mining GPUs before entering into the OS. The BIOS detects PCIe slot state according to their positions and: Working, Error, and None. 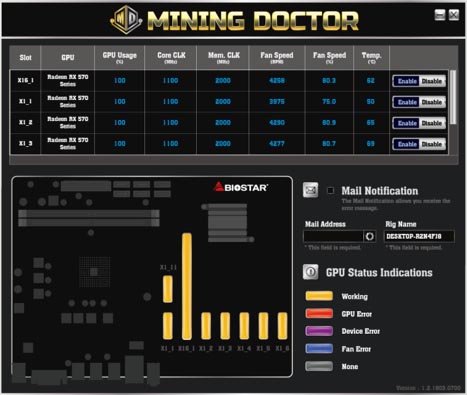 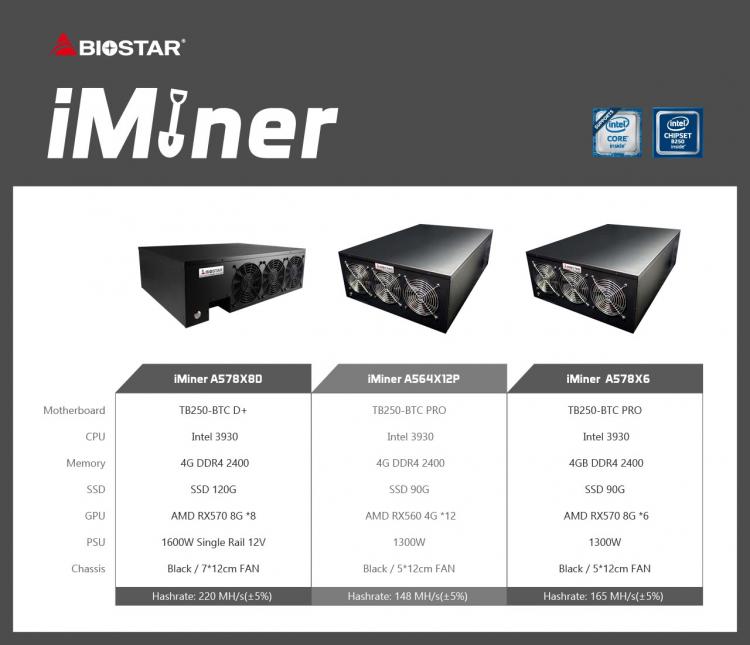 There are currently 794 user(s) online:
Google