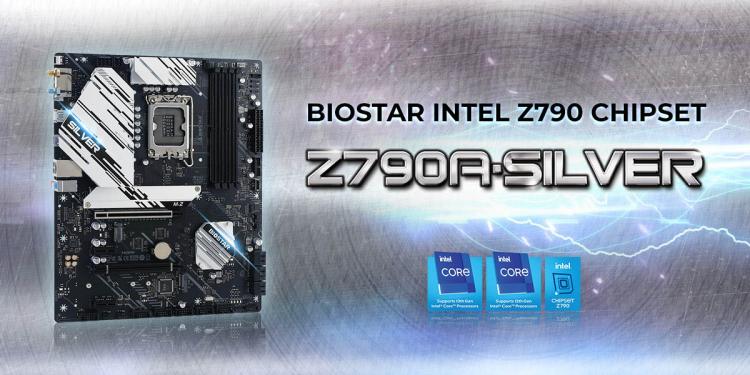 BIOSTAR introduces the Z790A-SILVER motherboard under the SILVER Series yet is visually black in appearance. It appears to be an entry-level Intel Z790 motherboard offering from the brand with its modest heatsink sizes and very exposed PCB. While it comes with Wi-Fi antennas, it does not have a Wi-Fi module pre-installed and would have to be purchased separately by the builder. It comes with three M.2 slots for NVMe SSDs and a seemingly unnecessary four USB 2.0 headers, for the front I/O USB ports of cases. The motherboard comes with a 2.5 GbE LAN port. 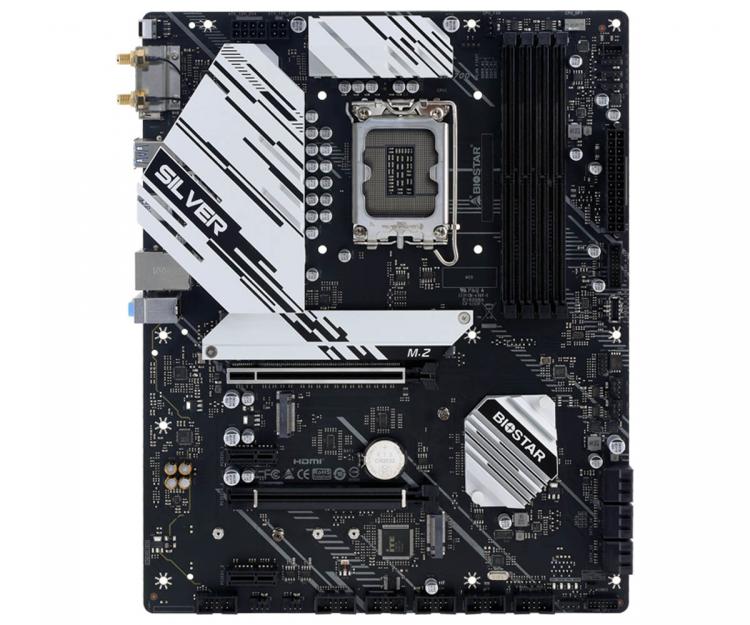 Press Release
BIOSTAR, a leading manufacturer of motherboards, graphics cards, and storage devices today, is delighted to introduce its premier SILVER series, the Z790A-SILVER motherboard. Built around the Intel Z790 platform, the Z790A-SILVER is a masterful piece of tech designed to serve gamers, content creators, and casual users faithfully.

As an expansion of BIOSTAR's RACING series motherboard range, the Z790A-SILVER carries a robust build and styling handed down by its predecessors, showcasing the classic RACING stripes on its PCB and the Silver colored cooling blocks.

PCIe M.2 4.0 and SATA III (6Gb/s) are the chosen storage technology for the Z790A-SILVER motherboard. They are highly stable and efficient for any given task, with superior USB 3.2 (Gen2) type-C and USB 3.2 (Gen2) type-A ports for blisteringly fast data transfers.

1 x HDMI Port (HDMI 2.1) and 1 x DP Port (DP1.2) provided for vivid, 4K video output are some of the feature highlights of the Z790A-SILVER motherboard's rear I/O panel. BIOSTAR has paid extra attention to detail towards user-friendly functionality, including 1 x SMART BIOS UPDATE Button and a SMART BIOS USB Port for users to update their essential BIOS patches without hassle.

To conclude, the Z790A-SILVER is BIOSTAR's top-selling gaming motherboard, designed for highly competitive users who look for the best-performance motherboard capable of unleashing the full potential of the latest processors, graphics cards, and RAMs on the market.