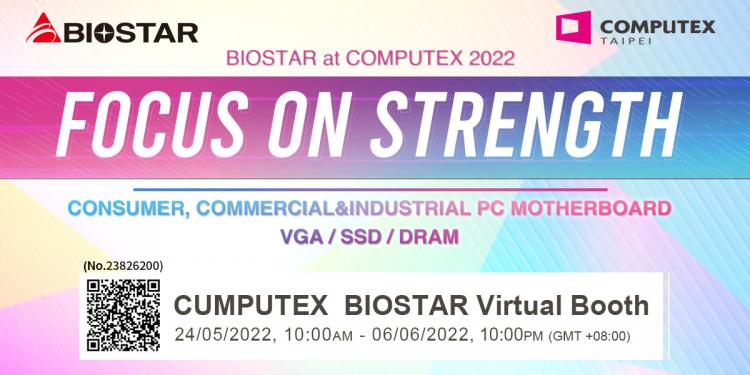 BIOSTAR at COMPUTEX 2022 unveils significant insight into their current product design philosophy and future plans. From personal computing and gaming to industrial use, BIOSTAR plans to provide consumers with feature-rich products that resonate well with the current market trends and further establish their positive impact in the global tech industry. At this years Computex, BIOSTARs campaign theme is Focusing on Strengths as they are fully invested in showcasing their business capability and product quality to the world.

Prepared to meet the high demands of the newer generation Intel and AMD processors, BIOSTAR has planned to integrate more robust design elements into their product lineup that help them synergize perfectly with the latest processors in the market.

Visitors this year to BIOSTAR's COMPUTEX event will gain access to a whole lineup of products that portray BIOSTAR's influence and solidified position in leading tech spaces. From their premier flagship Z690A VALKYRIE motherboard, globally considered as one of the best gaming performance motherboard in business, to the B660GTN motherboard, the highest-selling mini-ITX motherboard in the market, users can now get more information on these products from BIOSTAR. 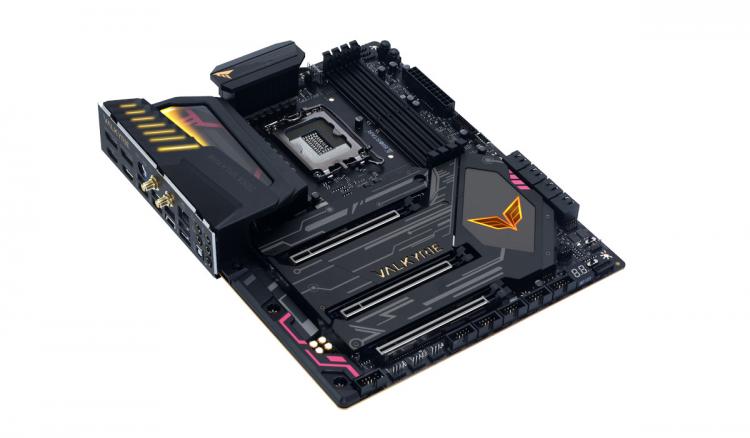 BIOSTAR has always had a close partnership with AMD when developing its AMD-based product lineup. At COMPUTEX 2022, BIOSTAR plans to release insider info and confirmed specifications on their latest X670E VALKYRIE motherboard, designed based on the AMD X670 chipset carrying DDR5 RAM support and a plethora of cool new features. Collaborating with AMD furthermore, BIOSTAR plans to showcase some deeper insight into our AMD X670 motherboard specifications and features.

BIOSTAR's new generation motherboards, graphic cards, and storage devices, are built to be the best in business, whether it's in industrial computers, SI, DIY PCs, IT solutions, or even consumer-grade motherboards for gaming, content creation, or home entertainment purposes. With years of business excellence and a solid market presence catering to the global audience, BIOSTAR is proud to open up the door to a better future for their customers and business partners and help them reap the benefits of the advanced tech of the future.

BIOSTAR welcomes all global consumers and tech enthusiasts to visit their COMPUTEX 2022 booth and directly contact them through the web portal or use the official email channels provided for further information regarding their products or business information. Furthermore, BIOSTAR announces a special COMPUTEX event for potential customers and partners. All new customers and partners that get connected with BIOSTAR via the official COMPUTEX channel will receive a mini-PC for free! Contact BIOSTAR sales team for more details.

There are currently 233 user(s) online:
Google