BIOSTAR's May Product Catalogue Spills The Beans On X570 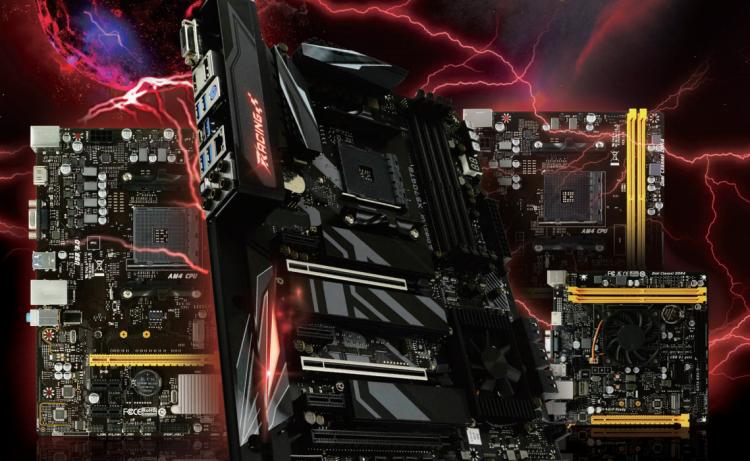 We were expecting a protracted tease and reveal cycle for AMD's upcoming X570 motherboard platform but it appears that BIOSTAR are not content to let things play out that way. In an unexpected turn of events their May product catalogue details the full feature list of their gaming-series RACING X570GT8 well ahead of launch, confirming support for new technologies that many enthusiasts have been eagerly awaiting.

While it clearly follows a design based primarily in its X470 counterpart, two differing aspects of the RACING X570GT8 immediately stand out: explicit DDR4-4000 memory and PCIe 4.0 support. 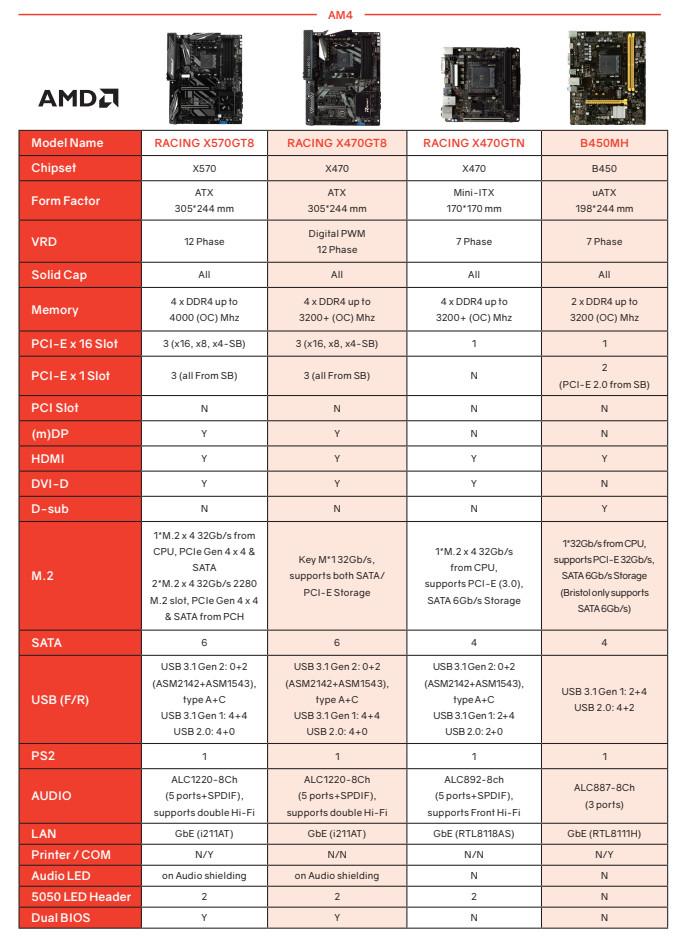 PCIe 4.0 is only mentioned once - in the M.2 storage section as 'PCIe Gen 4' - but it's unlikely that functionality is limited to only this aspect of the board. PCIe 4.0 support had been anticipated since the Zen 2 chiplet architecture was detailed in AMD keynote presentations at and prior to CES 2019, making X570 the first mainstream motherboard platform to support the faster PCI-Express specification.

PCIe 4.0 has up to double the data-rate of PCI 3.0 and is backwards compatible with PCIe 3.0 and 2.0, so an M.2 slot supporting PCIe Gen4x4 could be capable of up to 64Gb/s (8000 GB/s). AMD AM4 300- and 400-series motherboards may also be forwards-compatible with PCIe 4.0 when paired with a next-gen Ryzen processor, but currently AMD and motherboard manufacturers have stated that they will approach it on a case-by-case basis.

Meanwhile, support for faster memory on Ryzen 3000-series CPUs via a more robust Zen 2 memory controller was likely, but few had put a firm figure on expected speeds. Confirmation of DDR4-4000 support has implications for Infinity Fabric operating frequencies (which are pegged to memory, but may now require a divider so limitations are not exceeded) and memory overclocking.

One feature absent from the specifications is USB 3.2 support. The USB-IF only published USB 3.2's final specification earlier this year so it's perhaps a little presumptuous to expect support so early; however, given similarities to Thunderbolt 3.0, the feature may be one of the few that Intel can claim to incorporate in their mainstream consumer platform ahead of AMD.

Finally, one other curious aspect is a fan on the RACING X570GT8's PCH cooler. It may be that BIOSTAR is being somewhat conservative in their cooling given the increased amount of performance expected, but the added noise surely has to be a concern. We don't currently know whether other manufacturers have similar adaptations on their next-gen motherboards.