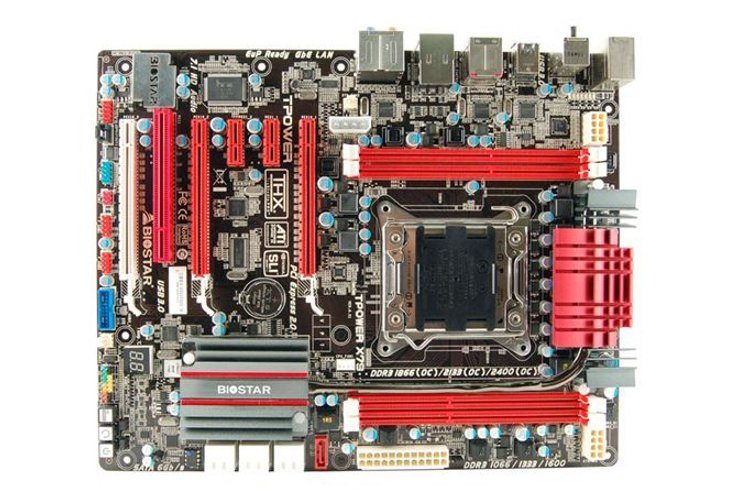 Biostar are not the most well-known motherboard manufacturer in the West, and rightly or wrongly they tend not to get much attention for that reason. However that's not to say that we shouldn't take note when a new product is shown off, especially when it's another tempting X79 board.

The Biostar TPower eschews the sober and serious styling of high-end boards from the likes of Gigabyte, MSI and ASUS. Instead the look is much more traditional with a range of colours and functional rather than aggressive styling. The looks shouldn't fool anyone though, the board is still tooled out with X79's Quad-Channel memory, multiple GPU support, additional GPU power via molex and plenty of additional CPU power via 2*8Pin 12V EPS connectors. Digital post display and on-board power/reset are also always nice to see on any board, and as you'd expect USB3 and 7*SATA3 6Gbps ports round out a competitive feature-set. 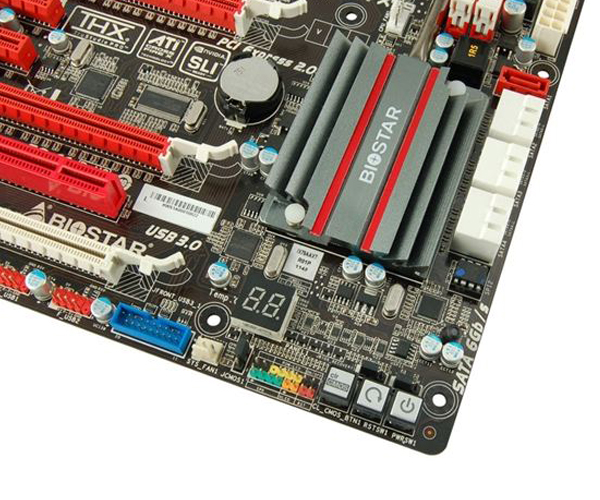 Somewhat oddly, the board only lists PCIE 2.0 compatibility rather than the 3.0 support explicitly listed on other X79 boards. There's no indication as to why that may be the case, perhaps Biostar are simply being conservative in their assessment of the capabilities.

We will hopefully learn more about this board and the X79 platform in the coming weeks. 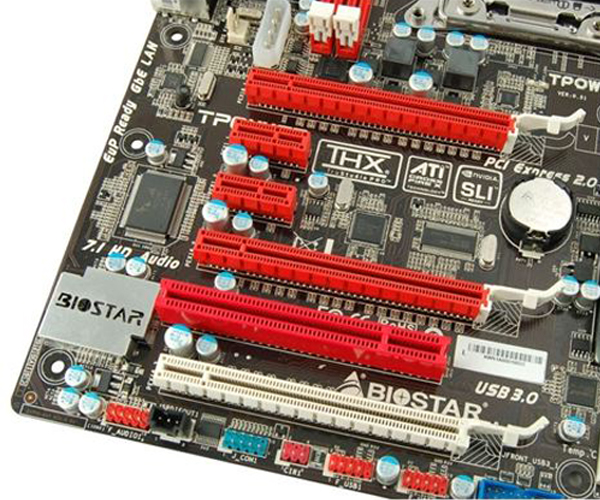 « Make Yourself Heard With The Mini Boombox · Biostar's TPower X79 Comes To Light · StarTech.com Show Off Their 4-Way Drive Duplicator »