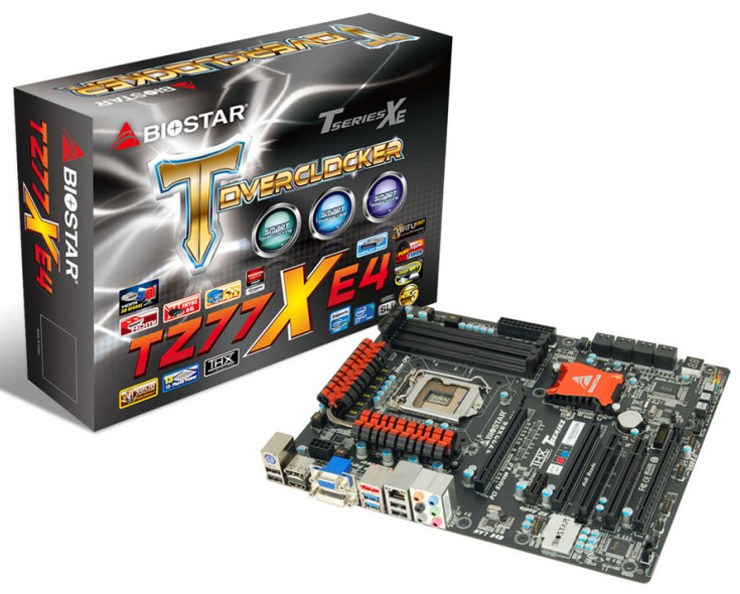 BIOSTAR, the world's famous manufacturer of mainboards, graphics cards, industrial computing systems and computer peripherals, proudly announces the BIOSTAR TZ77XE4 motherboards within the CeBIT 2012. The most frequent word combination in description of the new flagship lineup will be "for the first time" because the TZ77XE4 boards house a great deal of innovative technologies not found even in premium desktop solutions.

The TZ77XE4 boards are based on the latest Intel Z77 chipset, which for the first time incorporates tri-gate transistors manufactured using the 22-nm fab process which, for the first time, delivers a native support for the high-speed USB 3.0 interface and fast SSD caching with the Intel Smart Response Technology (SRT). Fully compatible with the second-generation Intel Core CPUs (Sandy Bridge), the new boards for the first time support the third generation Intel Core CPUs codenamed Ivy Bridge, also manufactured with the 3D-transistors using the 22-nm fab process and designed for the popular LGA 1155 socket.

The new Intel Core CPUs deliver an unprecedented performance level with moderate power consumption, and the integrated graphics core for the first time supports a lot of unique display technologies including the DirectX 11 and the integrated HDMI 3D Visual interface for stereo content of various 3D formats. 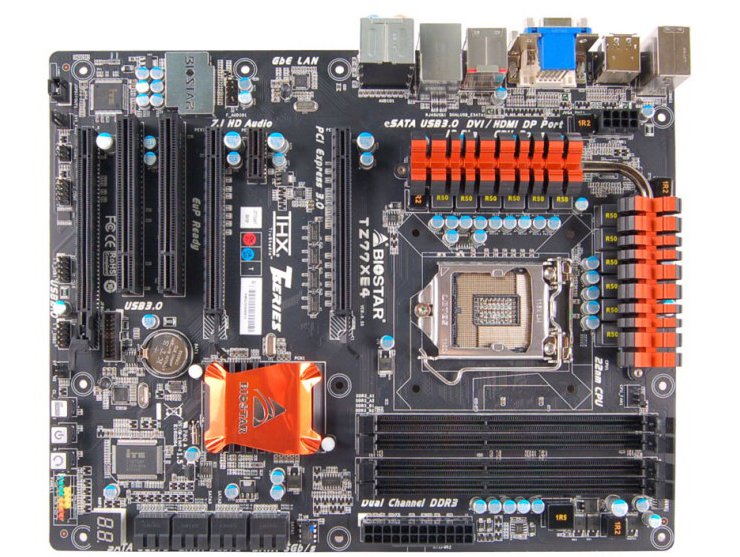 For the first time, the TZ77XE4 boards feature the universal Display Port interface as a standard function. This is an integrated solution for serial packet data transfer to display with the same principle used in other serial interfaces like Ethernet, USB and PCI Express. The boards also support other traditional video interfaces like HDMI and DVI with the HDCP technology.

Thanks to the support of three x16 lines of the latest PCI-E 3.0 interface for the first time integrated into the processor, with the performance up to 8 Gtexel/s, which is twice higher than the PCI-E 2.0, the boards let you use any multi-core discrete graphics like the NVIDIA SLI or the AMD CrossfireX with high performance in demanding 3D applications. Additional peripherals are supported with two PCI and one PCI-E x1 ports.

For the first time in the consumer desktop systems, the TZ77XE4 boards demonstrate support up to 32 GB of dual-channel DDR3 RAM, including overclocking DDR3-2400 modules. Besides, the boards support up to four SATA2 drives and up to four SATA 3.0 drives with astonishing performance up to 600 MB/s (up to 4.8 Gbit/s of uncoded data) which can be arranged in the RAID 0,1,5 or 10 arrays. The boards support up to eight USB 2.0 and four USB 3.0 ports. The speedy GbE LAN interface delivers a high speed for local and external network resources. 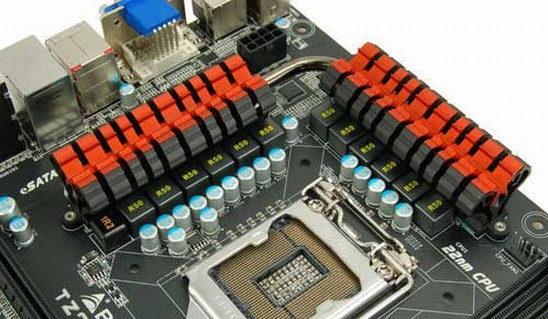 For the first time the BIOSTAR boards for the third-gen Intel Core CPUs fully realized the new BIOS, with the Unified Extensible Firmware Interface (UEFI BIOS), which delivers high flexibility and easy setup for basic settings thanks to the intuitive graphics interface.

The high-quality sound is realized with the latest integrated 8+2-channel HD codec and the THX TruStudio Pro technology specially developed by Creative and THX for delivering acoustic impressions usually associated with live music, movies or studio sound. Besides, for the first time the new boards feature the Puro Tone - 110 dB technology which delivers high authenticity of multi-channel sound with extremely effective noise reduction, with the SNR of 110 dB.

With the launch of the TZ77XE4 BIOSTAR demonstrates the successive development of its technologies meant to increase performance, stability and service life of products. The new boards feature reliable solid-state capacitors, and the power supply circuits for the first time use a 13-phase regulating system which is critical for overclockable systems. 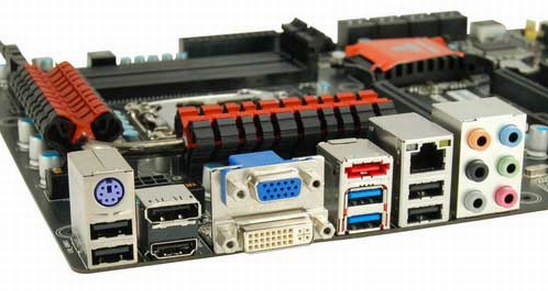 The Virtu Universal MVP software suite, introduced for the first time and based on the virtualized Lucid Virtu GPU software, delivers fast processing of video and media content with the Hyperformance function with the minimal load on all critical system components.

There are currently 552 user(s) online:
Google