Award-winning developer BioWare, a label of Electronic Arts Inc. along with Razer, the world leader in high performance gaming hardware, reveal today peripherals and gear created for the highly anticipated Action RPG Mass Effect 3. Fans of the Mass Effect series can arm themselves for the all-out galactic war with the Razer Mass Effect 3 Edition peripheral line which includes a Razer Imperator gaming mouse, Razer Vespula dual-sided gaming mouse mat, Razer BlackWidow Ultimate gaming keyboard, Razer Onza Tournament Edition Xbox 360® controller, and Razer Chimaera Xbox 360 gaming headset. The cutting-edge peripherals will give fans of the series a competitive advantage in the epic battle to save the galaxy from the ancient alien race known only as the Reapers.

BioWare is pulling out all of the stops for Mass Effect 3 to ensure its the best and boldest game in the series, said Robert RazerGuy Krakoff, President, Razer USA. With our official line of peripherals and gear for Mass Effect 3, were giving fans the best gaming weaponry and hardware to meet the challenge head on  and come out victorious.

With Mass Effect 3 were delivering a truly epic experience for both the existing fans and newcomers into the series, said David Silverman, Marketing Director for BioWare. Mass Effect 3 is an all-out Galactic war and partnering with Razer gives us an opportunity to raise the stakes even higher and provide gamers with a product line that will certainly help them take Earth back on March 6.

For more information, head to http://www.razerzone.com/me3

Mass Effect 3 arrives on the Xbox 360® videogame and entertainment system, PlayStation®3 computer entertainment system and PC in North America on March 6, 2012 and in Europe on March 9, 2012 and is available for pre-order now at participating retailers. Fans who pre-order have the opportunity to arm themselves with cutting-edge in-game weapons and armor* to prepare for the all-out galactic war. For more information on Mass Effect 3, please visit http://www.masseffect.com, follow the game on Twitter at http://www.twitter.com/masseffector "like" the game on Facebook at http://www.facebook.com/masseffect. 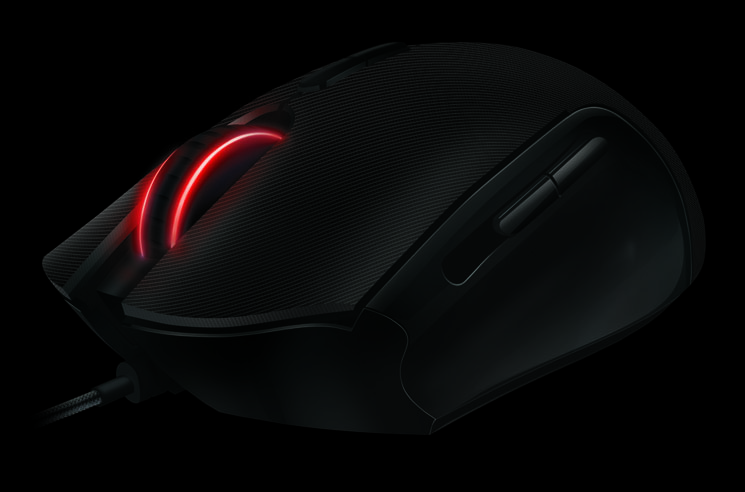 Mass Effect 3drops players into an all-out galactic war where the Reapers have taken Earth, and only you as Commander Shepard can take back Earth and prevent the entire galaxy from complete annihilation. Use the Razer Imperator Mass Effect 3 Edition gaming mouse as your tech-blade, an extension of your arm and with its 6400dpi 4G Dual Sensor Systemdispatch the ruthless enemies before they end humanitys existence. 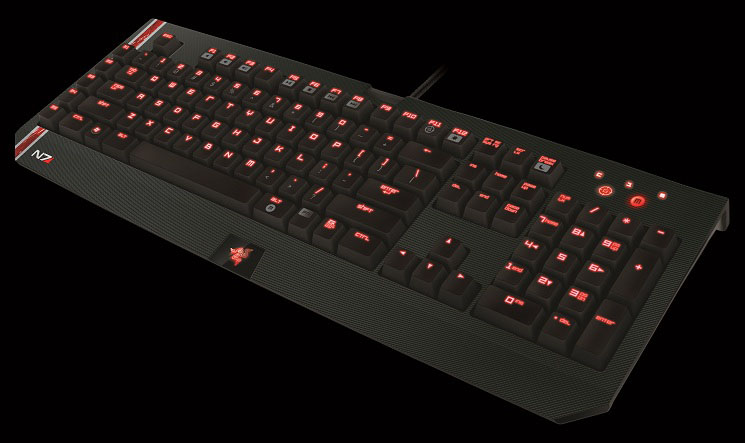 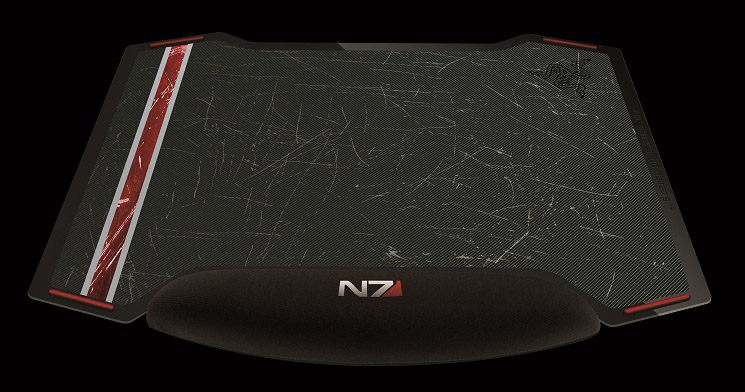 In Mass Effect 3, Commander Shepard and his team will face their greatest challenge yet - the Reapers. The Razer Vespula dual-sided gaming mouse mat is the perfect way to ensure that youre prepared for each battle. Get neck-breaking acceleration under your mouse with the SPEED side to hit the enemies before they can react, or deliver precise headshots with the measured movement of the CONTROL side. Exclusively designed in pitch-black finish with the iconic N7 logo and stripes displayed on Shepards Armor, the Razer Vespula Mass Effect 3 Edition readies both you and your mouse for the war to take Earth back. 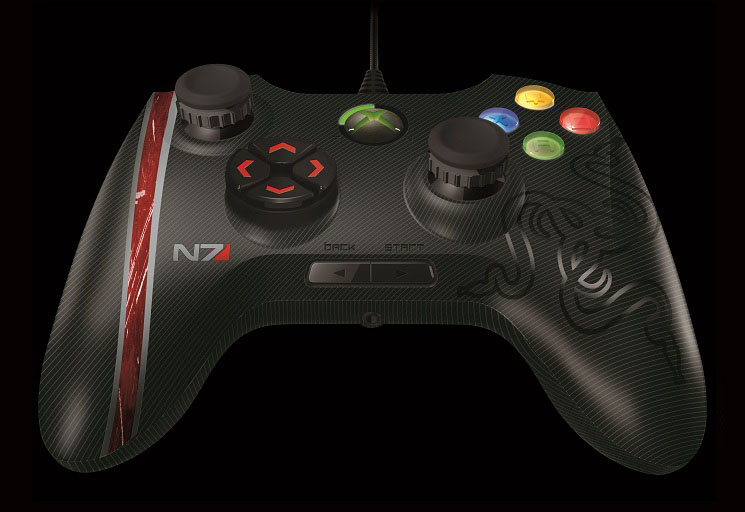 The Onza TE Mass Effect 3 Edition provides enhanced combat effectiveness through adjustable resistance on both analog sticks and the addition of two fully -programmable multi-function buttons. Quickly fire biotics from the extra shoulder buttons to disable enemies, and use analog sticks calibrated to your preferred tension. An improved D-pad, Hyperesponse buttons, and a 15-foot lightweight braided cable, round-off this perfect weapon for Mass Effect 3 on the Xbox 360 and PC. 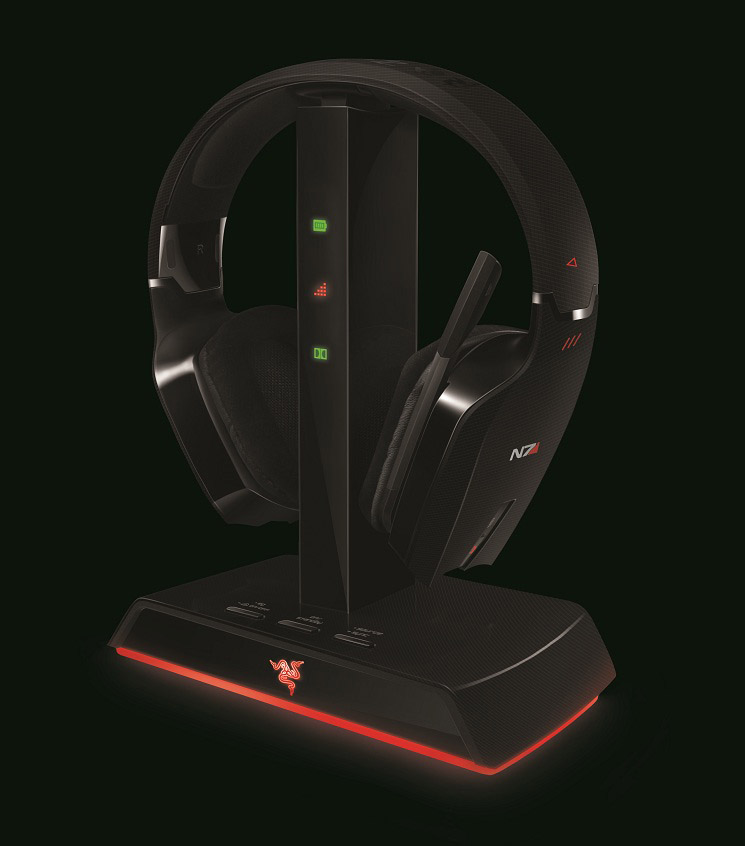 Whether tuning into the immersive sounds of the various exotic in-game locales featured in Mass Effect 3, or to get the one-up on enemies through audio cues and pinpoint positional audio  The Razer Chimaera 5.1 Mass Effect 3 Edition gaming headset takes you into the game full throttle by way of your ears. As you hear the Reapers closing in all around you, be ready to take the fight to them.

About the Mass Effect 3 iPhone 4 Protection Case by Razer 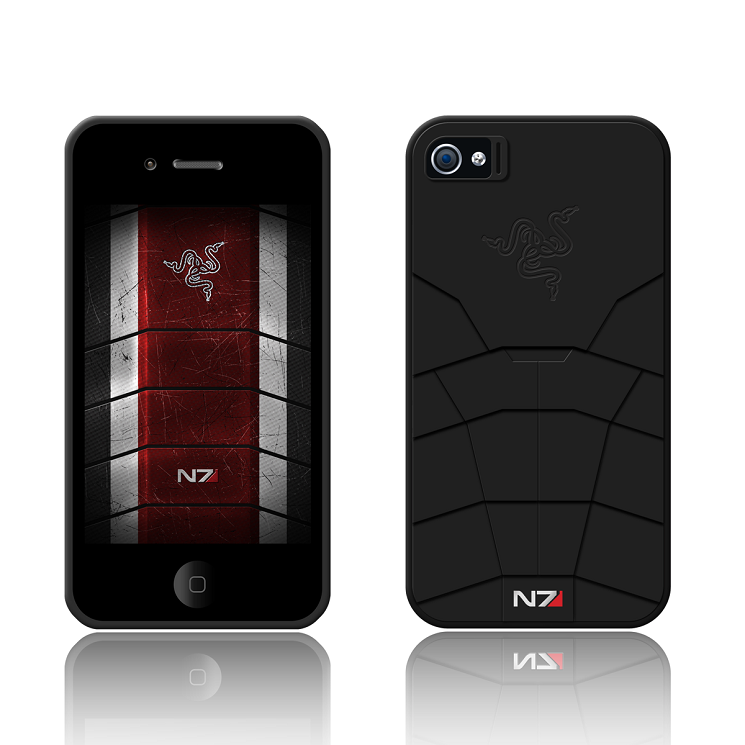 With a hard-shell design inspired by Commander Shepards iconic N7 Onyx Armor, and complete with segmented protection plates, your iPhone 4 is getting the best protection to take on every intense firefight, battle, and hard knock Mass Effect 3 and your life can throw at it. 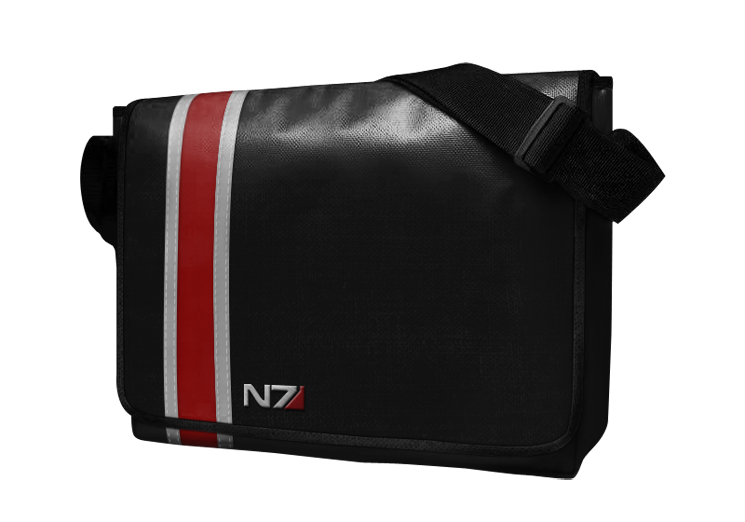