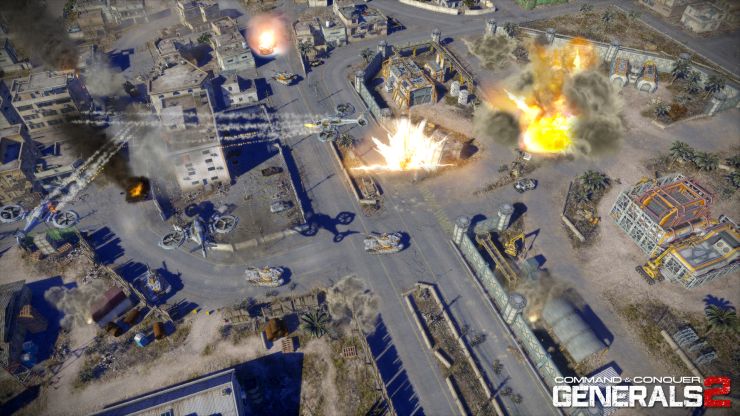 The Spike TV Video Game Awards this Saturday was in many respects unremarkable, playing up to the usual 'gamer' stereotypes whilst reporting viewer-voted gongs for such topics as 'Best [Insert Platform] Game' and 'Most Anticipated Game' (which went to Bioshock Infinite incidentally). The most interesting parts of the show were never going to be the awards; instead viewers tuned in to see sneak peeks of upcoming games yet to be announced. One such game was the latest iteration of the Command & Conquer franchise - Generals 2. 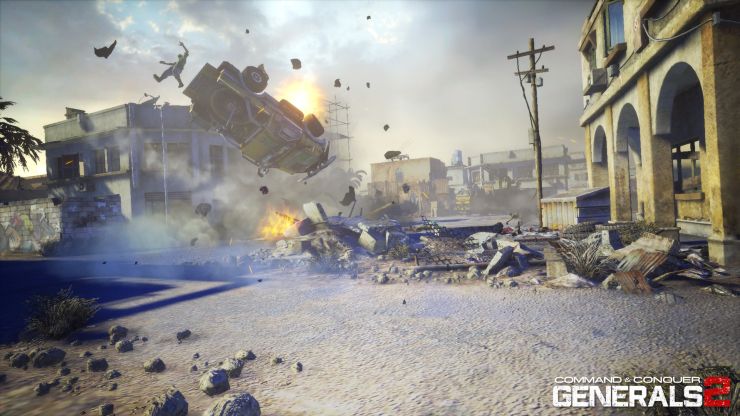 RTS games have seen something of a resurgence in recent years, mainly due to the release of Starcraft 2 and low cost of streaming/recording for Youtube. That a new release from such a venerable RTS IP would be in the works isn't that much of a surprise, but the choice of developer may appear to be an odd one at first glance. Westwood, original creators of C&C, was bought by EA in 1998 and merged with (see:closed) EA Pacific in 2003 to form EA Los Angeles. Westwood employees who left the company would move on form Petroglyph, currently working on the MMORTS End of Nations. EA:LA would continue to release C&C titles over the next 7 years before refocussing on the FPS title Medal of Honor. In order to continue developing for the RTS market EA created Victory Games in 2010, later placing them under the Bioware stable of development studios as Bioware Victory in an effort to capitalise on their highly positive reputation.

Not a lot is known about the title at this stage other than the game engine - a version of Battlefield 3's Frostbyte 2 engine by DICE - and that it will be a PC exclusive. Use of Frostbyte 2 probably indicates that destructible structures and terrain will be a major feature of the title; RTS's only work well on keyboard+mice platforms.

You can see the teaser below, and the game is already available for pre-order on EA's Origin digital distribution service.