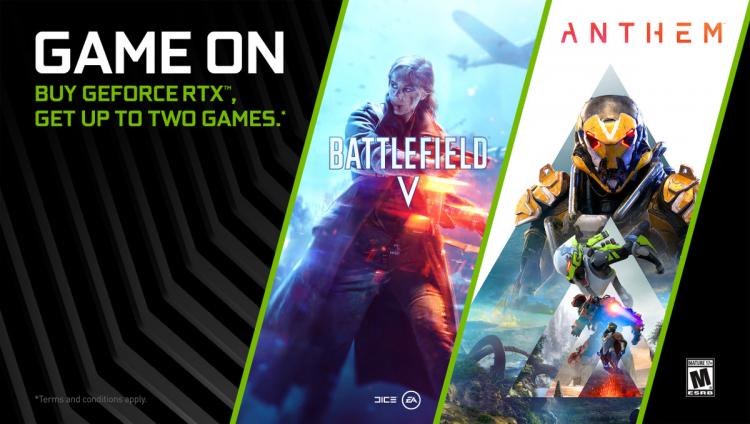 At the tail end of last week EA Bioware announced that Anthem, their upcoming multi-platform online 3rd person shooter based on a new IP, will have a short demo experience for prospective owners. However, it turns out that this wasn't the only big news for prospective players to be revealed this month.

During the NVIDIA CES 2019 press conference, CEO Jensen Huang took some time to showcase games which are and will be making use of NVIDIA RTX technology. Battlefield 5, another of EA stable, has been the first retail game to incorporate RTX technologies (in this case real-time ray tracing); however Anthem also made an appearance to steal some of the limelight.

Both Anthem and Battlefield 5 will make use of NVIDIA Deep Learning Super-Sampling, which boosts the image quality of games (and performance) using pre-trained neural networks downloaded through Geforce Experience. It's not clear whether Anthem will support the technology immediately when it launches on February 22nd, but in respect to Battlefield 5, support will come in a forthcoming patch.

Of course, DLSS is only half the equation. A common cited criticism of NVIDIA RTX 20-series graphics has been the price, and that is unlikely to be dismissed when the RTX 2060 goes on sale for £349 inc. V.A.T. on January 15th. Easing the blow somewhat is news of the Game On Bundle, exclusive to the RTX 20-series.

Regional restrictions apply, and either version of the games are the Standard Edition. The offer runs from January 7th until February 25th, and is only valid when purchased through authorised retailers. For Terms & Redemption instructions go to https://www.nvidia.com/en-us/geforce/campaigns/battlefield-v-anthem-bundle/.