BitFenix: Remember Those New Cases? Here Are Their Names 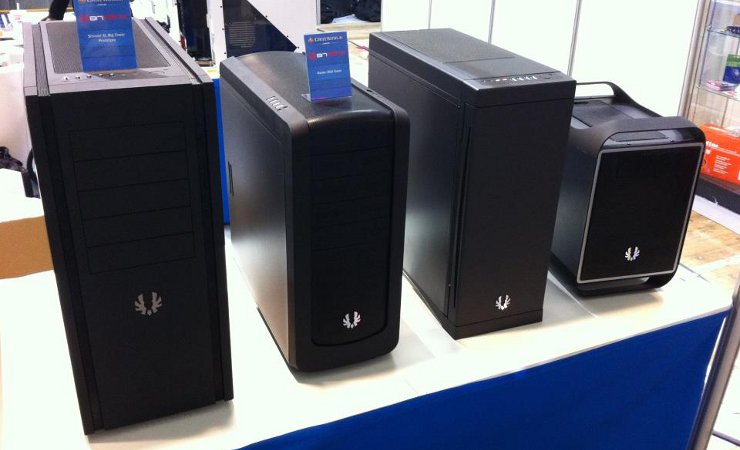 Following up from a story earlier in the week, the two new chassis teased by BitFenix at IT Partners 2012 have each been given a name and photographed a little more extensively.

TechPowerUp reported late on Tuesday that the name of the Mid-Tower ATX Chassis was the Ghost, and from the pictures they were able to obtain it certainly appears to be a low-noise case with sound-deadening material on the side panel and door. The stock cooling isn't clear, but from the looks of photo's it will support a 240mm radiator in the top, adding to its low-noise credentials. 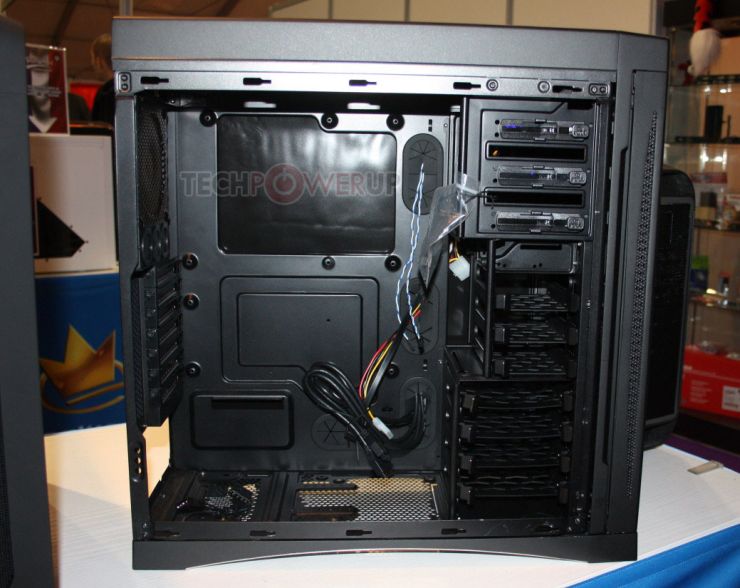 BitFenix Rep Kul1 has followed that up today with a post on the OCUK forums introducing the ITX chassis, branded 'Prodigy'. The photo's aren't great sadly, but it's a large-ish mITX chassis with room for standard size PSU, 240mm rad and dual-slot PCIe graphics cards. Thankfully French review site Cowcotland has some other images which show a cleaner view of the Prodigy, from which we can see that the Prodigy will also support 2*USB 3.0 and BitFenix's SuperCharge port for mobile phones and tablets. 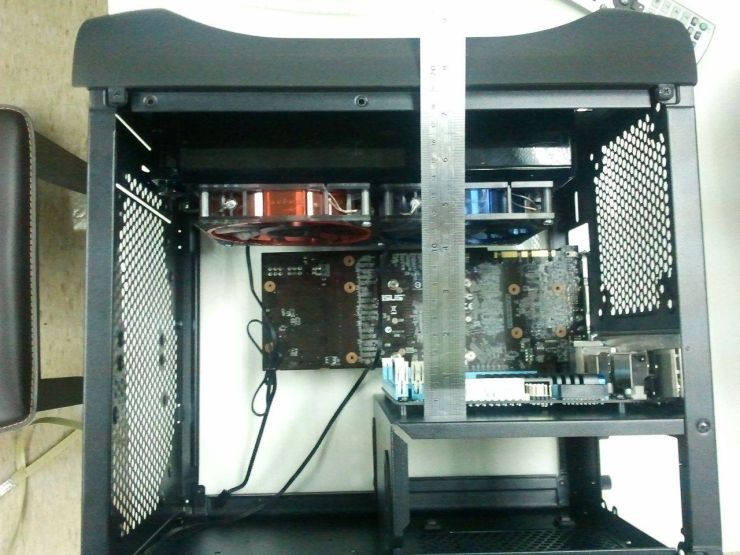 A French-language walkthrough of the case has also been uploaded and can be found here.

Both cases are probably in the prototype/pre-production stage right now - kul1 mentions that they only have the one prototype of the Prodigy right now - and so subject to change.

Assigned tags:
BitFenix
Please share your thoughts by commenting below!

There are currently 904 user(s) online:
Google