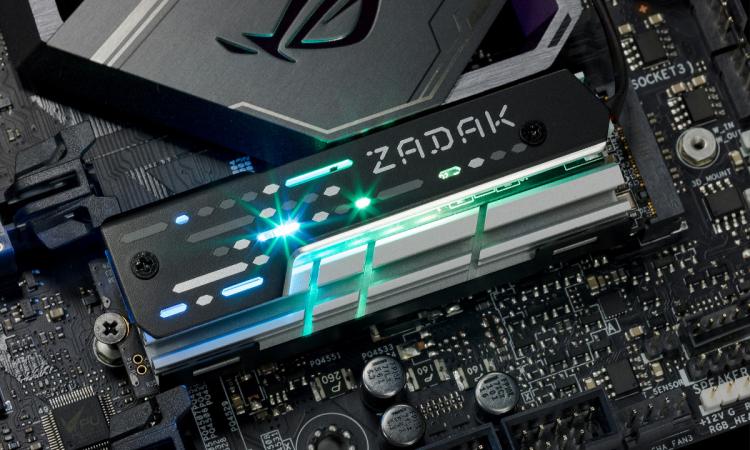 ZADAK 511 appeared on our radar earlier this year during the unveiling of Z390-series motherboards from ASUS. It was an unconventional appearance too; they, along with G.Skill, introduced a range of Double-Capacity DDR4 DIMMs for ROG Z390 mini-ITX motherboards, allowing the platform to exploit the chipsets' entire RAM capacity potential without taking up the surface area of four DIMM slots. But that's not what we're interested in today.

Introduced this week is another unique product sure to get some heads turning. The MOAB M.2 RGB is an M.2-2280 SSD heatsink with addressable RGB LED lighting arrayed around the surface, the first third-party accessory of its kind we can remember seeing. 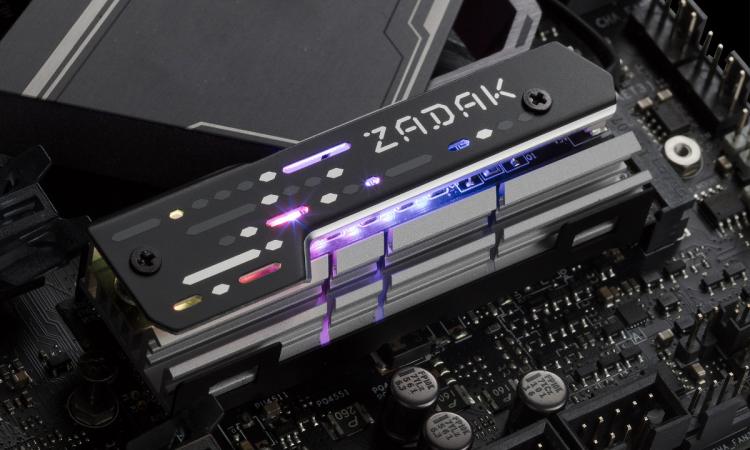 As a heatspreader it's clearly intended for high performance single-sided M.2 SSDs, components which generally get quite toasty but tend to lack active cooling. It's also clearly not a single sheet of metal; the multi-fin heatsink structure is raised above the standard height of an M.2 slot, increasing heat-dissipating surface area and allowing it to catch some of the air flow coming from case intake fans and over the motherboard.

The lighting meanwhile is via a number of discrete surface-mounted RGB LEDs on a PCB below the heatspreader cover. This will generate some indirect lighting inside the case, as well as a glimpse through cut-outs in the metal cover. Configuration and synchronisation options come via a standard 5V connector, but there's currently no word on which 3rd party control schemes it's compatible with.

Depending on the construction of the heatspreader, it's also possible that there's scope for customisation and modding of the cover, keeping the PCB below intact. Could be an interesting mini-project for those inclined.

Sadly ZADAK 511 haven't released general availability or pricing information as yet, but we're keeping our eyes peeled. Meanwhile you can find them at Zadak511.com.