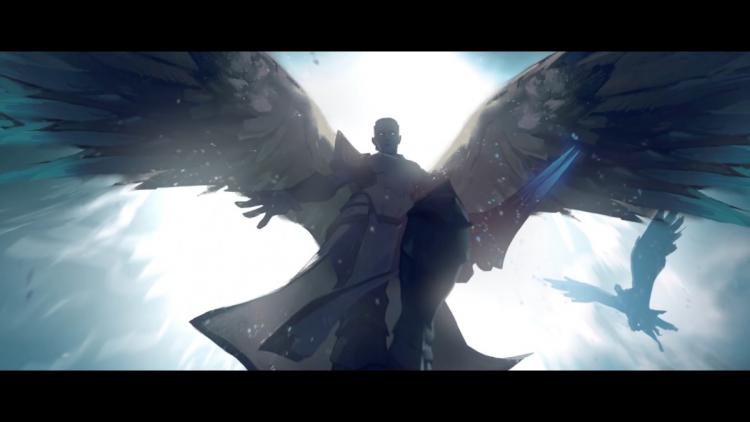 Blizzard have just announced that the launch of World of Warcraft: Shadowlands, the eighth expansion to their best-selling MMO, will be delayed from 27th October to an indefinite point date before the end of the year. Executive Producer John Hight published a statement explaining why the delay was warranted, and what the immediate future holds for current subscribers.

It's no secret that veteran WoW beta testers were concerned with the direction of the Shadowlands end-game systems, particularly those tied to the expansion-defining Covenants but also an entire zone (the Maw) which felt incomplete. Many have stated that the former systems in particular cannot be balanced in their current form, and would lead to far-reaching issues once players entered large-scale raid content for the first time. 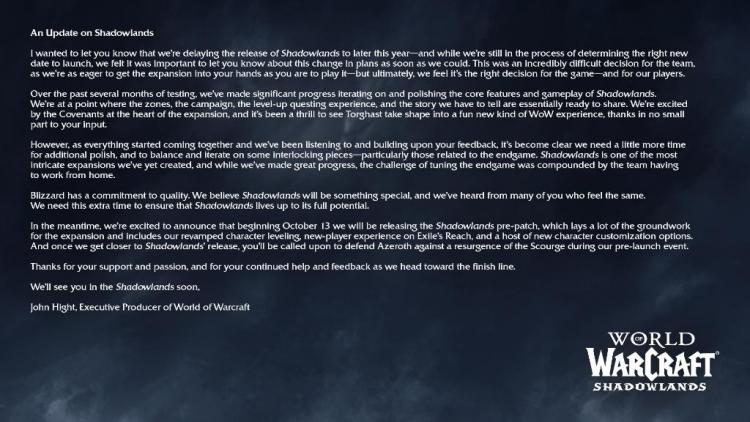 These same testers have broadly welcomed the move to delay the dame as it gives Blizzard an opportunity to re-think and re-visit some of the decisions made during the expansion's development, and if necessary de-emphasise potentially harmful aspects of the end-game processes before it goes live.

In the mean time current subscribers can look forward to the expansion pre-patch, which has been confirmed as arriving on October 13th (14th in the EU). The pre-patch implements a number of back-end systems necessary for the expansion, including the level squish down to character level 50 from 120 and specific class changes, and also adds content in the form of a new undead Scourge Invasion.

Pushing the expansion from its October 27th launch date now means a revised launch has to thread the needle of November's major AAA releases, which include Cyberpunk 2077 and Assassins Creed Valhalla as well as the two new games consoles from Microsoft and Sony. A late November/early December launch now appears most likely, with an outside chance that further delays into 2021 are possible.