Blizzard: Windows 8 is "not awesome for Blizzard either"

👤by Jon Martindale  Comments 📅27.07.2012 16:52:20
The announcement was made by the head of design at Blizzard on his Twitter, so it's technically an unofficial one, but it is telling that developers and people in the know are beginning to come out against Windows 8. While they're obviously just speaking their thoughts, those opinions will end up costing Microsoft money, since PC gamers will be making the decision in the next few months whether to "upgrade" to Windows 8 or not. With these comments coming forth, it's seeming like less of an attractive option. 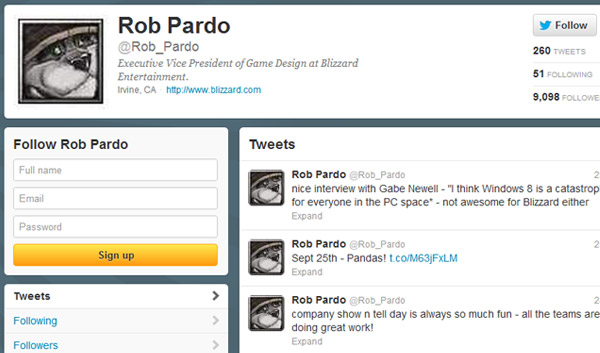 Some of the reasons people have been speaking out against Windows 8, include its segmented mix between traditional desktop and Metro interface with applications. While many would say the latter of the two was a pretty solid interface for tablet users, almost unanimously early adopters believe it doesn't belong on a desktop.

What do people like Gabe Newell think we should do then? Interestingly, the Valve head championed Linux soon after his anti Windows 8 attack. Maybe we'll all be gaming on Linux in a few years? What do you guys think?