Blizzard's Warcraft I and II Join Diablo On GOG.com 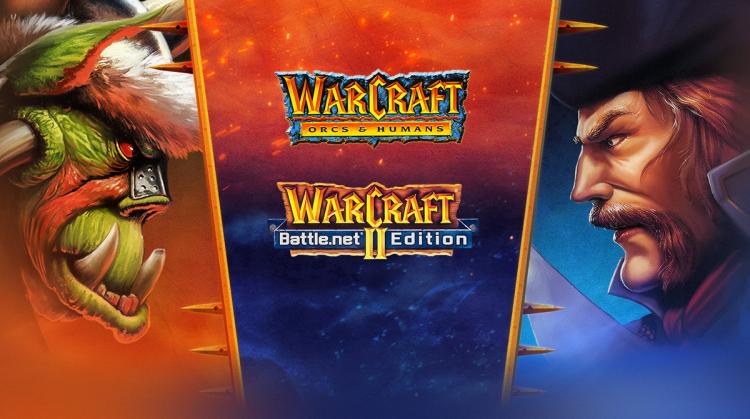 While modern Blizzard titles could perhaps be best described as 'treading water' right now, re-releases and remasters of classics from their hey-day are very in vogue this year. Only a few weeks ago Diablo, the isometric action-RPG that laid-out and early rule-book for the genre, finally saw a re-release to make it compatible with modern versions of Windows (i.e. Win 7 & 10 64-bit). This week the spotlight moves to Blizzard's RTS heritage as Warcraft I and II join Diablo with a PC re-release.

This news in of itself is fascinating, but so is where they've popped up. It appears that Activision-Blizzard partnered with the wizzes at GOG to develop and release the updated version, and as a result they appear on the GOG.com storefront rather than Battle.net launcher.

Warcraft: Orcs & Humans takes players back to the original battle for Azeroth, challenging players to pick a side and raise an army of human or orcs capable of bringing ruin to their enemies. Warcraft II and its expansion take the battle to the high seas with a host of naval units, and introduces more of the races that make up the Alliance and the Horde, bolstering the human and orc forces with elves, trolls, dwarves, and more.

The first part of the legendary series plays and feels just like the original from 1994, its just updated to run flawlessly on modern operating systems. Warcraft II Battle.net Edition, similarly to the release of first Diablo on GOG.COM, comes in two versions, which players will choose from the launcher. The classic one allows for the authentic experience and a fully functional multiplayer with Blizzards Battle.net online gaming service. The updated version comes with a number of fixes to provide full compatibility with modern machines as well as hi-resolution support and upscaling.

In some ways the decision makes a lot of sense. GOG have been at the fore-front of updating great PC games from the 80's and 90's to make them run seamlessly on today's systems, particularly greatest hits from the likes of LucasArts (Star Wars, Monkey Island) and EA (Theme Hospital as Bullfrog). The GOG storefront is now choc-full of timeless classics lovingly updated and, it must be said, affordably priced.

In a recent financial report it was stated that Blizzard were not planning on major franchise releases in 2019, so it makes sense that their eyes are turning towards their back-catalogue. In addition to Diablo and Warcraft I/II, both World of Warcraft Classic (an official version of WoW reflecting the game as it was prior to its first expansion) and Warcraft 3: Reforged (a fully remastered version of the RTS sequel) are on their 2019 schedule, bolstering what would otherwise look like a very lean year for the embattled developer.

You can find Warcraft: Orcs & Humans, and Warcraft II: Battle.net Edition here, priced as a bundle at £11.29.