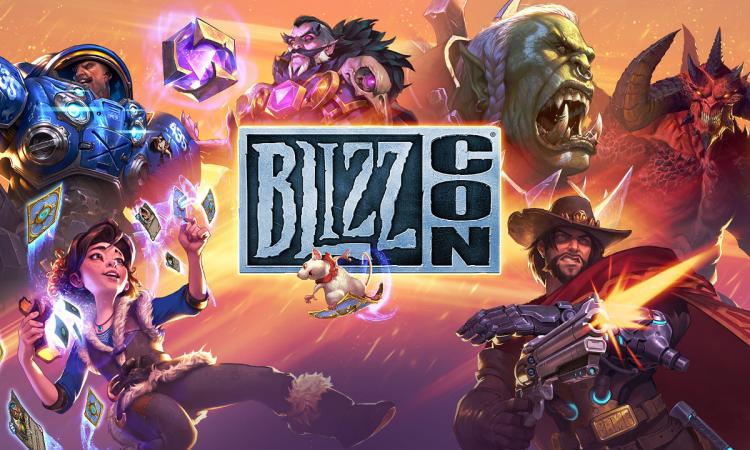 Blizzcon 2018 Virtual Tickets is now available for purchase, and Blizzard have begun to reveal the in-game goodies that will be bundled alongside access to streamed video content from the entire 2-day event. Four major game franchises and a couple of spin-offs fall under the Blizzard banner, so the announcements are coming out in typically staggered fashion. Latest to the plate was 14-year-old MMO Goliath World of Warcraft.

In prior years WoW subscribers were offered in-game pets and mounts as sweeteners for ordering the Virtual Ticket; this year cosmetics of a different nature take centre stage. Ordering the 2018 virtual ticket today grants you immediate in-game access to faction-specific Cloak and War Standard cosmetic items, showing off your allegiance to the Horde or Alliance for all to see. While it might be strictly in keeping with the Horde vs Alliance theme of Battle for Azeroth, that may some as a disappointment for those who wanted a new faction-themed Murloc pet to show off. Oh well, there's always next year.

However there is another virtual ticket bonus that could turn that frown upside down. On the show floor the first demo for World of Warcraft Classic will be available to play, and shortly after the opening ceremony virtual ticket-holders will be able to download and play the demo themselves at home.

WoW Classic is a version of the game that was Live prior to any expansion being released, but with certain back-end and client-side systems updated to provide a more stable experience. The demo will be a limited experience in a Horde or Alliance early questing zone, only available to play between November 2nd and 8th.

Other in-game items for Starcraft 2, Diablo 3, Hearthstone and Heroes of the Storm will be revealed later; Overwatch has already received an exclusive skin for Sombra. The Blizzcon Virtual Ticket can be purchased at shop.battle.net priced at £34.99 or your regional equivalent.

There are currently 633 user(s) online:
Google