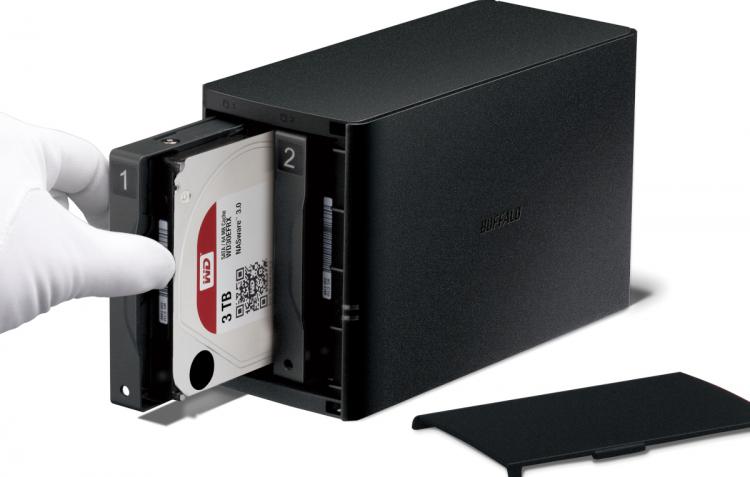 The LinkStation 220DR combines an easy user interface with high-performance hard disk drives optimised for RAID and NAS environments. The LinkStation 220DR is affordable and aimed at intensive data storage for the digital household, capable of storing files from laptops, smartphones, digital cameras, and much more. It is available in 2, 4, 6, or 8 TB capacities with a 3-year warranty.

Out-of-the-box, the LinkStation 220DR is pre-configured and can be set-up via laptop or smartphone thanks to a mobile-friendly and intuitive interface. The dual-bay configuration allows users to select RAID 0 for enhanced performance or RAID 1 for data-secure mirroring as part of their backup solution.

The LinkStation 220DR also comes with Buffalos Private Cloud: wherever you are, all your data is accessible from any web browser or Buffalos WebAccess Apps for Android®, iOS, or Windows® Phone. Thanks to this free private cloud solution, users data is stored safely on the NAS itself  not off-site in a third partys data centre. With Private Cloud, you can effortlessly show the latest photos of your kids to relatives when you are visiting them, or access your music library on the go!

The dual-bay NAS is DLNA and Twonky Beam-ready to stream up to four HD films simultaneously, allowing each family member to watch their favourite movie, on their own device, at the same time. The LinkStation 220DR can also stream high-end DSD audio files without compromising quality, making it a perfect media center for the digital family.

Thanks to the built-in WD Red drives, the LinkStation 220DR offers read speeds up to 100 MB/s and write speeds up to 50 MB/s per client*. It also includes 5 licenses of the award-winning NovaBACKUP® Buffalo Edition for PC and is Time Machine® ready for multi-client macOS back-ups.

Click here for more information on the Buffalo LinkStation 220DR.